The U.S. Army’s Combat Capabilities Development Command (CCDC) Chemical Biological Center is working with Clear Scientific, Inc. to commercialize a technology that will give warfighters a chemical agent decontamination spray to use on vehicles exposed to agent.

Clear Scientific has two years, starting from the award date of August 2019, to provide a deliverable to the U.S. Army Joint Program Manager for Protection (JPM P): 40 gallons of slurry plus spray applicators for further developmental testing in the field. Their focus will be on making sure that all of the slurry’s ingredients can be readily sourced and lend themselves to mass production, while also ensuring the slurry and hardware can perform in the field.

“We have worked on CRADAs with the Chemical Biological Center before,” said Michael White, Ph.D., director of research and development for Clear Scientific, Inc. “So we knew their scientists have a really deep expertise in this area. We knew that Joe’s team had taken their formulation to a pretty advanced stage. We also knew that we liked working with them.”

“Over the last five years we have developed a very effective, easy to use spray we call The Sprayable Decontaminant Slurry that Soldiers can use just as soon as their vehicle is exposed to chemical agent,” said Joseph Myers, a Center research chemist and leader of the research team that created it. “Over the last year, the slurry technology has been demonstrated to warfighters in both the European and Pacific theater.” The feedback from warfighters was very positive for the slurry, so the technology was deemed ready for commercialization.

If the JPM P field testing is successful, Myers estimates that it will take a further two years to produce the quantities necessary for full fielding. In the meantime, Myers research team will continue to work closely with White’s research team.

“The Clear Scientific and CBC teams will continue to collaborate to fine tune the slurry formulation to make it an effective decontaminant and to make it easier to commercialize” said Myers. White describes his research team of Ph.D. chemists as very excited by this opportunity. “They love being in the lab, making it, and watching it perform. But most important, they want to see it go into the field where it will protect Soldiers.” 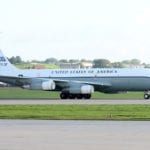 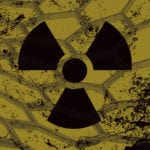