Topics in this issue of CBRNE Particles include North Korea suspending nuclear tests, nerve-agent countermeasure development, and a boost to DOE’s science budget.

The surprising announcement comes just six days before Kim is set to meet South Korean President Moon Jae-in, a precursor to a historic summit between Kim and President Trump. The U.S. president is set to meet Kim at the end of May or beginning of June, although a location has not yet been set. Washington Post >>

The Risks, and Rewards, for Giving the Counter WMD Mission to SOCOM

This is part of a continuing series of blog posts on proposed changes to the CFATS authorization. The current authorization for the program ends on December 18th, 2018. These posts address some of the language the author would like to see in any re-authorization bill. Chemical Facility Security News >>

For researchers supported by the U.S. Department of Energy (DOE) in Washington, D.C., a 6-month wait for a federal budget may have been worth it. DOE’s basic research wing, the Office of Science, gets a 16% boost, to $6.26 billion, in a 2018 omnibus spending bill passed by Congress last month. In contrast, last May President Donald Trump’s administration had proposed a 17% cut in its budget for the fiscal year that ends on 30 September. Science >>

How to Provide Realistic HazMat Training for the Detection of CWAs

A real detector needs an actual chemical source to respond to. So any realistic training scenario that involves the use of an actual detector also requires either a controlled quantity of a live agent or a simulant in the form of vapour, liquid or powder. Argon Electronics >>

Developing a backup therapy for treating the seizures that affect victims of nerve agents could be a promising niche for a company whose name includes perhaps the most notorious such weapon, spelled backward. Seattle Times >>

Haley: Chemical Attack Could Happen in US ‘If We’re Not Smart’

U.S. Ambassador to the United Nations Nikki Haley defended U.S. strikes on Syria following a suspected chemical attack in the country, saying on Sunday that a similar attack could happen in the U.S. if precautions are not taken. The Hill >>

On Russia’s Black Sea coast I meet Vladimir Uglev, a scientist who helped develop nerve agents for the Soviet Union. “The aim of the programme was to produce a substance far more powerful than the nerve agent VX – 10 times more powerful,” he tells me. “And that’s what we got.” BBC News >>

An Overview of Safety Certification for Army Hazmat Training

Any military employee whose duties involve the transportation or handling of hazmat substances will be required to complete certification training specific to their duties. Hazmat safety training typically comprises a combination of classroom-based and/or web-based learning and is required to be repeated in its entirety on a regular basis. Argon Electronics >>

Boots on the Ground: Reports from CDC’s Disease Detectives

START has named Dr. Steve Sin the new director of the Unconventional Weapons and Technology (UWT) team at START. A researcher at START since 2014, Sin has been instrumental in building UWT’s portfolio of projects that provide actionable knowledge about chemical, biological, radiological, nuclear (CBRN) and other emerging technological threats emanating from non-state actors. START >>

Global Terrorism Database Nominated for UMD’s Invention of the Year

The GTD has been nominated for the Invention of the Year award in the information sciences category. “We see more than 50,000 unique visitors to the GTD website, and 2,000 downloads of the full dataset each month,” reported Laura Dugan, a professor in the Department of Criminology and Criminal Justice at the College of Behavioral and Social Sciences. START >>

The Counter Terrorism Yearbook is ASPI’s annual flagship publication curated by the Counter Terrorism Policy Centre, now in its second year of publication. It is a comprehensive resource for academics and policymakers to build on their knowledge of counterterrorism developments in countries and regions around world. Australian Strategic Policy Institute >>

Long, Long Time Ago, I Can Still Remember

CBRN has always been the insurance policy: it doesn’t happen every day, but you keep paying in as you know you’ll need it at some point. Throughout the Cold War that ethos held firm in the military, with many an exciting exercise spoiled by the ‘buckets of instant sunshine’ and having to get suited up… but still it happened. Post Tokyo Sarin attack the civilian forces also started paying into the insurance policy and after the Amerithrax attacks they even started paying the extra premiums. CBRNe World >> 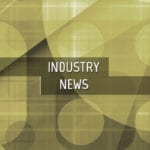 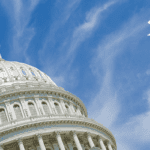