The Modified CNC protocols reduce the time needed to complete a CNC fit test from just over seven to under two and a half minutes. They also reduce the number of test exercises from eight to four. They are based on three studies, published in a peer-reviewed journal, demonstrating equivalency to the original Ambient Aerosol CNC QNFT 8-exercise protocol.

OSHA anticipates many employers who currently use the original ambient aerosol CNC protocol will adopt the new protocols because they could be adopted at negligible cost to the employer and would take less time to administer. OSHA expects that the new protocols are less likely to be adopted by employers who currently perform fit testing using other quantitative or qualitative fit tests because of the significant equipment and training investment that they already have made to administer these fit tests. For example, OSHA estimates, based on
information from TSI, that switching from qualitative to quantitative fit testing would require upfront costs of $8,700 to $12,000 per machine.

OSHA has estimates of the number of users of the PortaCount technology at the establishment level, both from the manufacturer and from the 2001 NIOSH Respirator Survey. However, what is not known is how many respirator wearers, that is, employees, are fit tested using a PortaCount device. OSHA expects that economies of scale will apply in this situation–larger establishments will be more likely to encounter situations needing QNFT, but will also have more employees over which to spread the capital costs. OSHA received no comments about its understanding of employer size in relation to QNFT use. Once employers have invested capital in a quantitative fit testing device, they have more of an incentive to perform QNFT in a given situation, even if not technically required to use QNFT in every situation. Also, some QNFT devices are acquired by third parties, or “fit testing houses,” that provide fit testing services to employers. In short, as put forth in the PEA, OSHA believes that employers using PortaCount QNFT will process more respirator wearers than the average establishment. OSHA received no comments about this conclusion.

Alternatively, a similar estimate would have been obtained if one assumed, employing data from the 2001 NIOSH Respirator Survey, that 50 percent of the devices requiring QNFT (such as full-facepiece elastomeric negative pressure respirators) use PortaCount currently, as well as 25 percent of half-mask elastomeric respirators, and 10 percent of filtering facepieces. These estimates were not questioned in public comment. In the intervening period between the PEA and the FEA, the total number of employees and estimated respirator wearers increased somewhat, raising the estimated number of respirator wearers affected by the rulemaking, based on survey data, to approximately 1.3 million.

If applied to approximately 1.3 million respirators wearers, an estimated savings of 5 minutes per respirator wearer would equal over 100,000 hours of employee time saved annually. 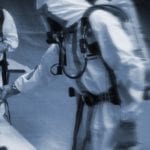 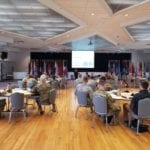