Director Christopher Wray has named Donald Alway as the Assistant Director of the Weapons of Mass Destruction (WMD) Directorate at FBI Headquarters in Washington, D.C. The selection was announced on Sept. 13, 2019.

Most recently, Mr. Alway was the assistant director of the Training Division in Quantico, Virginia. Alway joined the FBI as a special agent in 1996 and was assigned to the Los Angeles Field Office, where he investigated Colombian and Mexican drug trafficking organizations. He also worked the 9/11 crime scenes in New York City and at the Pentagon.

In 2003, Alway was promoted to supervisory special agent in the Counterterrorism Division at FBI Headquarters. In 2005, Mr. Alway served as a deputy on-scene commander in the Iraq theater of operations for the Regime Crimes Task Force, then served as acting legal attaché in Qatar. In 2006, he was promoted to chief of the WMD Integration and Targeting Unit in the Counterterrorism Division.

In 2007, Mr. Alway transferred to the New York Field Office to supervise a joint terrorism task force squad responsible for terrorism, WMD, and bombing investigations, as well as specialized responses and special event planning. In 2011, he was promoted to assistant special agent in charge of the National Security Branch in the Cincinnati Field Office. He returned to Headquarters as a WMD Directorate section chief in 2012 and was named special agent in charge of the Jackson Field Office in Mississippi in 2014.

Mr. Alway was named the deputy assistant director of the Training Division in 2016, before taking the helm as assistant director in 2018. The division provides training for FBI special agents, intelligence analysts, and other specialized law enforcement training.

Prior to joining the FBI, Mr. Alway was a deputy sheriff in Los Angeles County. He earned a bachelor’s degree in public administration from the University of Southern California, a master’s in criminal justice from California State University at Long Beach, and a Master of Science in strategic studies in weapons of mass destruction from the Indiana University of Pennsylvania. 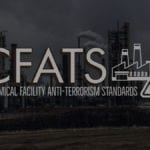 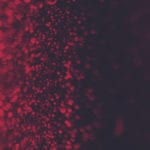