The National Institute of Occupational Safety and Health (NIOSH) is seeking organizations to develop and manufacture Next Generation Closed Circuit Mine Escape Respirators (CCMER) that could be used for surviving and escaping from a mine following an emergency.

Two types of self-escape apparatus are currently being developed by NIOSH-OMSHR through contracts with other government agencies and industry. These efforts would yield prototypes capable of providing up to one hour of breathable gas to an escaping miner during an emergency.

Both are closed-circuit (rebreather) designs using gaseous oxygen from gas cylinders and Lithium Hydroxide (LiOH) CO2 absorbent sheets manufactured by Micropore Inc. The BSCSR uses a mechanical oxygen control and the CCEV uses an electronic oxygen control. Both units are to be designed according to the performance guidelines outlined in Part 84 of Title 42 Code of Federal Regulations (42 CFR Part 84) including Sub-part O NIOSH standard which relates particularly to Closed-Circuit Escape Respirators (CCERs).

The DSOVs were developed to enable a seamless transfer from one breathing device to the other regardless of the device type connected (either two CCERs, also known as SCSRs or an SCSR to an Open Circuit Self Contained Breathing Apparatus, also known as SCBA).

Hoods and masks also allow speech diaphragms to be incorporated, enabling the wearer to communicate verbally during escape, which is not possible in current SCSR designs with mouthpieces.

Outputs from these development projects would form the basis for the Dockable Self-Contained (Closed Circuit) Self-Escape Respirators with Hoods for mine escape (CCMER).

The complete solicitation document and reference material are available via Solicitation Number: 2015-N-16866. The response deadline is May 11, 2015. 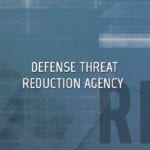