Topics in this issue include an apology to veterans exposed to chemical agents; nuclear detection technologies; Ebola profile from HDIAC; anthrax drug approved.

Veterans Hurt by Chemical Weapons in Iraq Get Apology

The Under Secretary of the Army on Wednesday apologized for the military’s treatment of American service members exposed to chemical weapons in Iraq, and he announced new steps to provide medical support to those with lingering health effects and to recognize veterans who had been denied awards. NY Times >>

A Primer on the Defense Industrial Base

When thinking of the DIB, many of people associate the defense industries with the nation’s industrial strength that was brought to bear to win World War II. Many remember the war products developed and manufactured by U.S. industries. These industries and technologies created the Jeep, multi-engine propeller driven bombers, carrier fighter aircraft, the Sherman tank, the M-14 and fleets of destroyers, carriers and Liberty ships. HDIAC >>

Why the CDC Was Blasted over Lab Safety Violations

For the US Centers for Disease Control and Prevention (CDC), 2014 was a bad year. After a series of errors in which some agency employees were potentially exposed to anthrax and others accidentally shipped a dangerous strain of influenza virus to another lab, director Tom Frieden imposed reforms to improve safety practices. Nevertheless, the CDC, which is based in Atlanta, Georgia, reported last December that some of its lab workers had potentially been exposed to the Ebola virus. Nature >>

Instead of uranium, which can be enriched to be the fissile core of a nuclear weapon, any centrifuges permitted at Fordo would be fed elements such as zinc, xenon or germanium for separating out isotopes used in medicine, industry or science, the officials said. The number of centrifuges would not be enough to produce the amount of uranium needed to produce a weapon within a year — the minimum time-frame that Washington and its negotiating partners demand. Associated Press >>

Late last week, hundreds of organizations and people sent a letter to President Obama warning that his administration is running of time to act on an issue long-identified by the president as essential to our national security and public safety: protecting our people from the dangers of accidents or deliberate attacks at U.S. chemical plants. Huffington Post >>

Pundits and politicians opposed to a nuclear agreement with Iran have accused US negotiators of trying to reach a “deal for the sake of having a deal”—the implication being that the White House and the US negotiating team, led by Secretary of State John Kerry, at this point simply want to be seen as having achieved something. Bulletin of the Atomic Scientists >>

The US energy department will seek interim storage facilities for commercial nuclear waste, and a permanent geological repository for radioactive material from the country’s nuclear-weapons program. The announcement follows more than three decades of contentious debate about a planned geological repository at Yucca Mountain in Nevada. Nature >>

Worries have widened in recent days over the number of people in Liberia who may have been exposed to the country’s first Ebola case in more than two weeks, a street vendor who lived in a one-bathroom house shared with 52 others in a Monrovia suburb and who had sold food at a school where more than 1,900 students are enrolled. NY Times >>

New Orleans Airport Attack Could Have Been a Lot Worse, Tulane Professor Says

In a bizarre lone-wolf attack on Friday, March 20, a perpetrator named George White entered the Louis Armstrong Airport in New Orleans, LA, and after being stopped from crossing the check point by a TSA agent, pulled out a propellant with bug spray and proceeded to spray the TSA agent in the face. When confronted by TSA agent Carroll Rachel, he brandished a 3-foot machete, striking Ms. Rachel in the arm before he attacked and pursued yet another unarmed TSA agent, before being brought down by three shots fired. GSN >>

Jordan has signed a $10bn deal with Russia to build the first nuclear power plant in the kingdom, a move that experts say is a sign that Russia is seeking a “nuclear sphere of influence”, and is a deal that NATO should be worried about. Newsweek >>

A pair of congressional Democrats is spearheading a bill that would cut $100 billion from the U.S. nuclear weapons budget over the next decade. The Smarter Approach to Nuclear Expenditures (SANE) Act, sponsored by Sen. Ed Markey (Mass.) and Rep. Earl Blumenauer (D-Ore.), would reduce the number of nuclear submarines from 14 to eight and scale back the purchase of replacement submarines from 12 to eight. The Hill >>

Meet Battalion Chief Andrew Wordin of the Los Angeles Fire Department (LAFD). An member of DHS S&T’ First Responder Resource Group (FRRG) for five years, Wordin has advised DHS on the development of several technologies, most recently the EDGE Virtual Training project. We spoke with him about his background, the value he perceives of FRRG membership and a “typical” day serving in one of the largest fire departments in the nation. FirstResponder.gov >>

A new device created by researchers at the Savannah River National Laboratory (SRNL) and Oak Ridge National Laboratory is able to immediately collect airborne particles to help determine if radioactive isotopes are present. This device could prove to be a valuable asset to organizations responsible for monitoring nuclear activities worldwide. Phys.Org >>

Bringing a Knife to a Gunfight: Biological Weapons as Deterrents in a Nuclear-Armed World

The effects of biological weapons are speculative and unproven. The alarming, well publicized models of the dire consequences of bioweapon attacks, resulting in mass casualties, are based on a number of important but undisclosed technical assumptions and typically portray a “most damaging case” scenario. Bulletin of the Atomic Scientists >>

Russia tested combat communications with its naval nuclear forces in the Arctic as part of large-scale military drills, Chief of the General Staff Valery Gerasimov told Russian President Vladimir Putin. Gerasimov, who personally checked the readiness of submarine forces during the exercises, said a new system of communication between Russia’s central command center and the Navy’s strategic forces was tested and found to be in order. Bloomberg >>

Stretching from under the sea to satellite orbit to cyberspace, U.S. Strategic Command’s areas of responsibility cover the globe, STRATCOM’s commander, Navy Adm. Cecil D. Haney, said during a news briefing at the Pentagon. STRATCOM >>

Northwestern University scientists have developed a robust new material, inspired by biological catalysts, which is extraordinarily effective at destroying toxic nerve agents that are a threat around the globe. First used 100 years ago during the First World War, deadly chemical weapons continue to be a challenge to combat. HSNW >>

Panel Finds FBI Made Strides after Sept. 11, But Must Speed Reforms

An independent, external review of how the FBI implemented the recommendations made in the 9/11 Commission Report concludes the bureau “has made strides in the past decade but needs to accelerate its implementation of reforms to complete its transformation into a threat-based, intelligence-driven organization.” NPR >>

The diagnostic test to determine cyanide exposure takes 24 hours. According to U.S. Department of Health recommendations, “any delay to draw blood or collect urine could endanger patient welfare.” That’s why medical personnel simply treat the patient when dealing with a possible case of cyanide poisoning. Phys.Org >>

Despite the implementation of various reform initiatives over the years, the National Nuclear Security Administration (NNSA) continues to struggle in its oversight of management and operating contracts (M&O), according to a recent Government Accountability Office (GAO) audit report. NNSA, the agency within the Department of Energy (DOE) responsible for the management and security of the nation’s nuclear weapons programs, relies on contractors to carry out this mission, often through the use of M&O contracts. HS Today >>

Ebola Hemmorhagic Fever (Ebola HF) or Ebola Virus Disease (EVD) is a severe and often fatal viral hemorrhagic fever disease of humans and other primates. Case fatality rates vary from 50 to 90 percent in humans. The name “Ebola” recognizes the 1976 discovery of the Ebola virus near the Ebola River (two simultaneous outbreaks in Nzara, Sudan and Yambuku, Democratic Republic of Congo). HDIAC >>

As the overseers of the world’s most advanced final repository, Onkalo’s regulators are charting unknown territory… and their early experiences are worth following closely. The planners of the world’s most advanced final nuclear repository, in Finland, are treading carefully because what they do now has to stay good for at least the next 100,000 years. Nuclear Energy Insider >>

As a kid in the 1960s, Jeff Held thought that having a nuclear company in his backyard made life more exciting in Apollo, Pennsylvania. About 2,400 people lived alongside the Nuclear Materials and Equipment Corporation (NUMEC), the town’s main employer. Held’s neighborhood subsisted on atomic lore: Just 33 miles down the road in Pittsburgh, the Westinghouse Corporation had helped construct the world’s first nuclear submarine, and in Apollo, NUMEC consequently manufactured the requisite nuclear fuel, a source of stirring pride minted by the Cold War. Foreign Policy >> 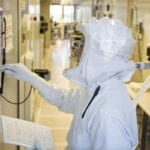 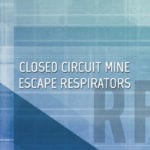