The Swedish Defense Research Agency (FOI) has hosted a conference on determining the location of nuclear weapon tests using measurements of radioactivity in the air.

Delegates from twenty countries recently attended the conference in Stockholm.

“At the conference we have scanned this field and brought together an overview of the various methods and models in use today around the world to determine where a nuclear weapon test has taken place by means of the measurement of atmospheric radioactivity,” said Anders Ringbom, Deputy Research Director at FOI.

“There are other types of measurement, of course, monitoring air pollution and maintaining preparedness for nuclear accidents as we do here. That is why our discussions can embrace so many discipline when we meet like this. We have had rewarding discussions about both models and measuring systems, focusing on how they could be improved. Through this conference we have opened up an important channel of communication between different research areas,” continued Ringbom.

The measurement of airborne radioactivity is carried out round the clock at FOI. The scientists there also measure the radioactivity that is constantly present in the atmosphere.

Since the detection of North Korea’s nuclear weapon test in 2006, that country has carried out two similar nuclear weapon tests, in 2009 and 2013. Two of these tests were detected by the Swedish SAUNA system. The test site was then localized with the aid of meteorological models. Such models are needed for computational purposes to track air movement in order to establish where the radioactivity is coming from.

The SAUNA system is an internationally recognized system for the measurement of airborne radioactivity. The first prototype system was developed at FOI during the year 2000 and was launched commercially in 2003. During 2006 the system made news round the world when it detected and measured radioactive xenon from a North Korean secret underground nuclear weapon test.

Today the system is deployed in a dozen countries, the central data centre being located in Vienna at the headquarters of the Comprehensive Nuclear-Test-Ban Treaty Organisation (CTBTO). The CTBTO is the organization charged with the global monitoring of compliance with the test ban treaty.

“This is the first time that a conference has been arranged to address this topic and we hope that more will follow. We need to become better at determining whether, where and when a covert nuclear weapons test has been conducted. The more countries that have the analysis capability the better. There is not the same level of credibility if just one country accuses another of carrying out a nuclear test. If more countries can carry out the analysis there will be a stronger case. The aim is that more countries should acquire analysis facilities and that we should strive constantly to develop a still better method,” says Anders Ringbom. 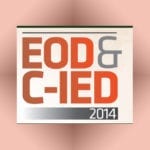