Topics in this issue include overhaul of the U.S. nuclear force, white powder letter sent to call center, anti-terrorism efforts in Serbia.

The first group of military personnel to return home from the affected area were set to arrive today at Joint Base Langley-Eustis, Virginia, aboard a military flight after being deployed to Liberia. None of the 84 returning service members show symptoms of Ebola, but all will be placed under a controlled monitoring regime for 21 days. DoD News >>

Although the water is from the reactor’s cooling systems, radioactivity concerns are “negligible,” DeWalt assured. “The water contains only trace amounts of radioactivity and is being collected on board the ship.” Defense News >>

Hagel has concluded that problems in the nation’s nuclear forces are rooted in a lack of investment, inattention by high-level leaders and sagging morale, and is ordering top-to-bottom changes, vowing to invest billions of dollars to fix the management of the world’s most deadly weapons.  Politico >>

A pilot regional table top exercise in chemical emergency response for States Parties in Latin America and the Caribbean was held from 4 to 7 November 2014 in the capital city of San José. The OPCW organized the exercise in close cooperation with the National Authorities of Costa Rica and Indonesia. Organisation for the Prohibition of Chemical Weapons >>

Technicians with Dallas Fire-Rescue say a white powder found inside an envelope at an Army Air Force Exchange call center on Autobahn Drive is harmless. Firefighters were called at about 2:10 p.m. after two people processing credit card applications came into contact with an envelope that contained a white, powdery substance. NBCDFW >>

The Real Deal: This Canadian Soldier Earned His Bravery Medal

Kurdziel was a few months into his first tour in Afghanistan on Feb. 19, 2010, and working with a counter-IED task force, when he crawled into a culvert in Kandahar to dismantle a bomb. Kurdziel, then a corporal, inched his way in carefully with a flashlight, headlamp, piece of rope and a utility knife and set out to safely dismantle the IED after a robot had partially disarmed it. Canada.com >>

US Defense Secretary Chuck Hagel has directed the Air Force to elevate its top nuclear missile leadership, and authorized the Defense Department to request a 10 percent increase in funding for its nuclear enterprise every year for the next five years to address systematic issues across the nuclear triad. Defense News >>

How DoD Will Implement Nuclear Improvements

The reviewers recommended the department consider the fact that past reviews have focused on individual problems in the intercontinental ballistic missile force and the sea-launched ballistic missile submarine force, but no one was taking an enterprise-wide view. DoD News >>

Chinese energy regulators approved a proposal to modify a project involving two new reactors in Fujian’s Fuqing and adopting the Hualong One technology, one of the third-generation nuclear technologies developed in China. The approval marks the government’s recognition of the Hualong One technology jointly developed by China National Nuclear and China General Nuclear Power, and signals the possibility of regulatory approval of new nuclear power projects. Want China Times >>

As the nationwide alarm over Ebola begins to fade, hospital officials and public health professionals are trying to ensure that lessons learned don’t disappear along with it. With a quarter of American hospitals losing money in day-to-day operations, expensive and time-consuming training for unknown future outbreaks is not always a top priority, experts say. LA Times >>

The members of the Initiative for International Police Co-operation in the field of anti-terrorism include Austria, Croatia, Serbia, Macedonia, Bosnia and Herzegovina (BiH), Montenegro, Slovenia, EULEX and EUROPOL. Members exchange intelligence data and trends, and participate in cross-border anti-terrorism training. SETimes.com >>

More than a decade after the Army reluctantly took on the responsibility for responding to domestic chemical, biological and nuclear attacks or accidents, it has built a force of more than 18,000 dedicated personnel. National Defense – NDIA >>

U.S. ‘Disappointed’ With Iran’s IAEA Cooperation Ahead Of Nuclear Talks 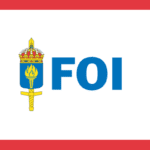 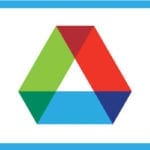