The U.S. Marine Corps is in the process of fielding the Ultra-Light Robot—a small, mobile robot system that enables Explosive Ordnance Disposal (EOD) Marines to interrogate improvised explosive devices and other explosive threats or conduct various other reconnaissance activities.

About the size of a shoe box, the Ultra-Light Robot includes a camera that provides a live feed to explore dangerous areas and can attach a manipulator arm or dump tray to assist in carrying out its mission. Its diminutive size—roughly 10 pounds—enables EOD technicians to carry it in a backpack on the battlefield.

“The primary purpose of the Ultra-Light Robot is for small activities for Recon Marines,” said Benjamin Im, lead engineer for the Unmanned Ground Vehicle System’s EOD team at Marine Corps Systems Command. “It can enter areas where our Marines or bigger robots cannot.”

Marines can toss the system through a second-floor window to gain intelligence instead of walking into the building and increasing their chances of activating an IED, noted Capt. Andrew DeLannoy, EOD team project officer at Marine Corps Systems Command.

The Ultra-Light Robot can also be controlled at greater distances when partnered with other systems like the EOD Mini-Robot. If an IED or unexploded ordnance exists in a specific location down the road, EOD forces can employ the robot to approach the target and avoid compromising a Marine’s safety, said Im.

The machine can also communicate with larger robots with similar radio systems. EOD techs can use a single controller to operate multiple robots, increasing efficiency on the battlefield. If communication with a robot is lost, the Marine can send in a second one to reconnect with that first robot, and then go explore deeper areas.

“This system includes a capability to mesh radio networks with other robots, which is an advantage because it helps Marines carry out their missions over extended ranges,” said Diefenbach. 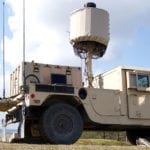 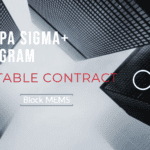