Filtration systems are often the last line of defense against a chemical or biological attack. These systems run constantly to provide the protection necessary to continue operating with minimal detriment to the mission.

Well over 100 M98 filters are used to provide collective protection on a typical DDG-type Destroyer. When considering the cost of one filter (approximately $1200) along with the dozens of destroyers and hundreds of other ships currently commissioned in the U.S. Navy, the annual cost of replacing these filters easily reaches several million dollars. Further considering the number of filters used around the world in fixed site locations increases that cost even further.

In an attempt to curtail the cost of filter replacement, Guild Associates Inc. was awarded a Rapid Innovation Fund project through the Office of the Secretary of Defense and the Joint Science and Technology Office for Chemical Biological Defense. The focus of the project was to create a guard bed to protect larger filtration systems from everyday ambient/battlefield contaminants such as oxides of sulfur (SOX), oxides of nitrogen (NOX), hydrogen chloride (HCl), and heavy organics such as petroleum, oils, and lubricants.

In August 2014, ECBC and NSWC Dahlgren Division took the first steps to fielding this new guard bed on a DDG-class Destroyer in Norfolk, VA.

“The ability to evaluate new technologies in the intended system of use is paramount for success,” said Greg Peterson, Research Chemical Engineer at ECBC. “In this case, having the Army and Navy work together from the starting point to address potential integration issues should pay off.”

Mike Pompeii, Chief Engineer for CBR Defense at NSWC Dahlgren, agrees. “The shipboard CBR experts at NSWC Dahlgren and the filtration experts at ECBC have combined to form a pretty powerful team. This is exactly the kind of collaboration that creates a win-win situation for all involved, especially our warfighters.”

Prototype guard beds were installed into filter plenums on the ship. The current goal of the program is to analyze “guarded” vs. “unguarded” filters after several months of operation to determine the benefits of the guard bed. Analyzing the guard beds will also allow for an understanding of the type and amount of battlefield contaminants actually seen by the larger filtration systems. The long-term goal is to hopefully use these much cheaper replaceable guard beds to extend the lifetime of entire filtration systems multiple years, thus saving millions of dollars over the lifetime of the systems.

This first round of prototype field testing will point to any issues related to the system, including potential increased pressure drop or shedding of fibers/granules within the guard bed, which could reduce efficiency of the larger system. A second round of prototypes is planned to be delivered in FY15. If successful, the ECBC-Dahlgren relationship will continue with additional proof-of-concept trials, one of which is tentatively scheduled for FY15 under a residual life indicator program. 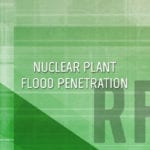 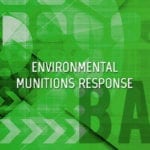