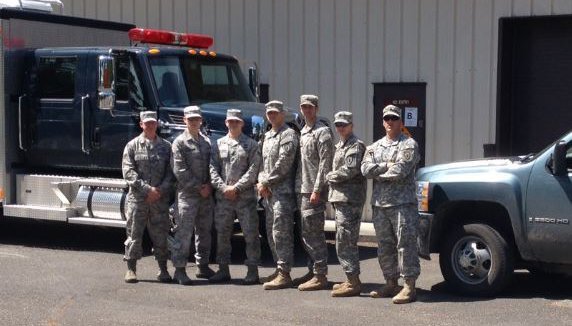 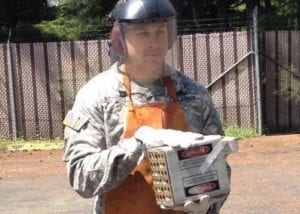 McMickle said his Soldiers prepared for the new mission during a rigorous training program.

“The 707th conducted aircraft familiarization and identification of explosive hazards associated with the aircraft, as well as stuck and failed flare recovery and removal,” said McMickle, a Milford, Pennsylvania, native who served in Iraq and Afghanistan. “We also trained more in-depth with potential munitions that could be attached to the aircraft that come to the airfield in transit to their destinations.”

The EOD company commander said the airfield mission is an example of the joint nature of the EOD community.

“EOD across the different services are willing to assist each other to adapt and overcome,” said McMickle. “As EOD techs, we are capable of completing any task that may be given to us.”