The U.S. Department of Defense has recently awarded the following notable contract related to the fields of chemical, biological, radiological and nuclear (CBRN) or explosives countermeasures, equipment or services:

Thermo-Fisher Scientific, Franklin, Massachusetts, is being awarded a $19,900,325 firm-fixed-price contract for the provision of thermoluminescent dosimetry equipment and accessories to be used by Department of the Navy personnel who work in the vicinity of radioactive equipment. The equipment being procured is considered commercial-off-the-shelf.

Personnel dosimetry is used to measure an individual’s radiation exposure and to aid in minimizing exposure. Personnel dosimetry has medical, epidemiological, and legal significance and must be conscientiously practiced by trained personnel with the appropriate approved equipment.

Work will be performed in West Bethesda, Maryland, and work is expected to be completed in March 2020. Fiscal 2013 other procurement (Navy) funding in the amount of $11,888 will be obligated at time of award. Contract funds will expire at the end of the current fiscal year.

The contract was awarded on a sole-source basis by the Naval Surface Warfare Center, Carderock Division (N00167-15-D-0001). 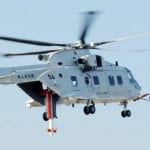 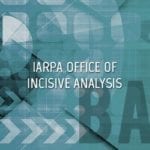