First discovered in 1774 and later used as a chemical weapon during World War I and the ongoing Syrian conflict, chlorine is one of the most commonly manufactured chemicals in the United States. Chlorine plays an integral role in our daily lives – from a disinfectant in the water we drink to the production of paper and plastic. As such, hundreds of millions of tons of chlorine are transported every year by road, water and rail systems.

Either the accidental or intentional release of chlorine, or any toxic industrial chemical, could have a devastating impact on warfighter and civilian lives. Such a release poses a risk to Department of Defense forces at home and abroad, making it vital to understand the behavior of chemical plumes in the event of a large-scale chemical release.

Although the DHS department has previously conducted chemical hazard modeling, it has never been validated for toxic industrial chemical releases from large-scale transport containers such as rail cars and tanker trucks. The joint DTRA and DHS team’s goal is to better understand the impacts of such a release in the immediate vicinity and downwind up to seven miles.

The four-year program, which began in 2013, began field trials between 2015 and 2016, releasing five to 20 tons of chlorine in a variety of release mechanisms. Several measurements were taken within the testbed, downwind, within a mock urban setting and around vehicles.

Currently, data collected is being analyzed to understand chemical infiltration of buildings and vehicles, plume behavior within an urban environment, chlorine reactivity and deposition, and cloud reactions with multiple surfaces such as vehicles, soil and vegetation.

This analysis will improve safety in the event of a chemical release through increased accuracy of chemical hazard modeling, more efficient and effective emergency response and improved mitigation measures to reduce the impact to affected populations and infrastructure.

Article by DTRA, edited for context and format by CBRNE Central. 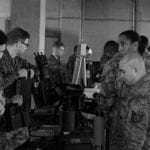 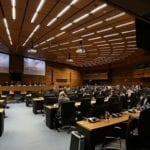