The U.S. Department of Homeland Security Science and Technology Directorate (DHS S&T) hosted an interactive workshop on Mar. 13, 2015 at the annual South by Southwest Festival in Austin, Texas.

The workshop, “Reinventing Government R&D to Save Lives,” served as a forum that encouraged participants from industry, academia and the local emergency response community to initiate an open dialogue about how commercial wearable technology solutions can be adapted for first responders.

Under Secretary for Science and Technology Dr. Reginald Brothers and Deputy Under Secretary Dr. Robert Griffin led a conversation with partners from state and local emergency response and innovation offices and representatives from S&T’s recently launched EMERGE! accelerator program.

With a focus on wearables and the Internet of Things, the event challenged attendees to think and act differently about the role technology plays in saving lives. By hearing directly from emergency responders, industry partners hopefully now have a heightened understanding of responder needs and can begin to tailor their wearable technology solutions specifically to responder gear.

The workshop was part of a series of dialogues stemming from S&T’s National Conversation on Homeland Security Technology. The series offers online and in-person discussions designed to get people talking about how to innovate solutions for homeland security challenges.

The National Conversation is intended to foster exchange between operational users and innovators to generate sustainable homeland security solutions. 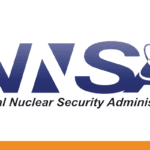 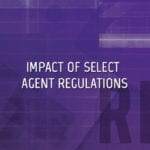