Samples of mustard agent were drawn from the munitions stored at the Pueblo Chemical Depot and placed into Department of Transportation bottles, like the ones shown here, for safe storage.

The process of destroying the chemical stockpile at the U.S. Army Pueblo Chemical Depot is set to begin today in Colorado, defense officials said.

“After months of preparation, testing and scrutiny by oversight and regulatory agencies, the Pueblo team is ready to play its part in meeting our nation’s commitment to the 100 percent destruction of the U.S. chemical weapons stockpile,” Conrad F. Whyne said. Whyne is program executive officer for Assembled Chemical Weapons Alternatives, the responsible government agency.

An Army process called the Explosive Destruction System, located on the depot near the Pueblo Chemical Agent Destruction Pilot Plant was chosen to destroy an estimated 1,300 chemical munitions that can’t easily be processed by the main plant’s automated equipment.

The stockpile include munitions that have leaked in the past and are now packed in sealed containers, plus some from the pilot plant that have physically deteriorated and may not be easily processed through the main plant, officials said.

The problematic munitions account for about 0.2 percent of the total Pueblo chemical weapons stockpile.

The EDS works by using explosive cutting charges to access the mustard agent inside a munition. Neutralization chemicals are then added and heated to destroy the mustard.

Detonating the cutting charge also eliminates the explosive components of the munition. The blast, vapor and fragments from the process are contained inside a heavy, sealed stainless steel vessel, defense officials said.

Before the vessel is reopened, laboratory sampling of liquid and air from inside the vessel confirms the chemical agent’s destruction.

EDS has a documented history of safe, successful operations at sites across the United States, including the former Rocky Mountain Arsenal in Colorado. There, it was used to destroy several recovered non-stockpile chemical munitions.

The Army designed the EDS with Sandia National Laboratories to treat chemical warfare materiel on site in a safe, environmentally sound way.

This week’s destruction operations will begin with Department of Transportation bottles that contain chemical agent drained from munitions over the years to assess the condition of the stockpile.

The bottles are made of seamless stainless steel and are about 25 inches high with a 7-inch diameter. They were developed under federal guidelines to transport hazardous chemicals.

The Defense Department’s Assembled Chemical Weapons Alternatives program selected a team to design, build, operate and close a plant to destroy the chemical weapons stockpile stored at the Pueblo Chemical Depot. The full-scale plant is undergoing systemization, which encompasses all the planning, technical work, training and testing activities required to ensure that destruction operations run safely and smoothly.

Afterward, the plant will destroy the remaining stockpile of chemical weapons located at Pueblo, Colorado, beginning in late 2015 or early 2016, officials said 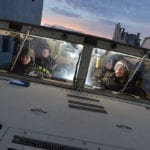 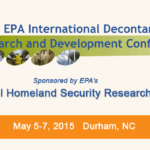