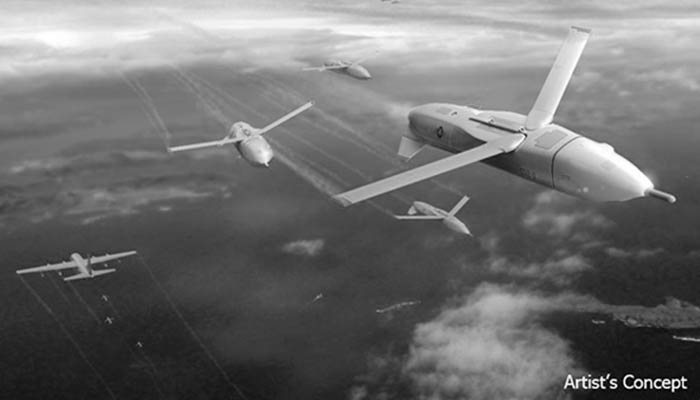 Dynetics, Inc. has been awarded a follow-on contract for the Gremlins program, Phase III under the original DARPA Broad Agency Announcement, DARPA-BAA-15-59.

The Dynetics solution involves deploying a towed, stabilized capture device below and away from the C-130.  The air vehicle docks with the device much like an airborne refueling operation. Once docked and powered off, the air vehicle is raised to the C-130, where it is mechanically secured and stowed. The key technologies can be straightforwardly adapted to allow under-wing recovery and bay recovery by other cargo aircraft.

The ability for a single, manned aircraft to stand off from danger yet manage multiple air vehicles equipped with sensors and other payloads lends itself well to enhanced support of tactical strike, reconnaissance/surveillance and close air support missions.