In today’s world, in which the threat of terrorism looms, there is an urgent need for fast, reliable tools to detect the release of deadly chemical warfare agents (CWAs). In the journal ACS Macro Letters, scientists are reporting new progress toward thin-film materials that could rapidly change colors in the presence of CWAs — an advance that could help save lives and hold aggressors accountable. American Chemical Society >>

In its preliminary report, the team noted that the situation on-site has been improved since the last IAEA mission in 2013. Several important tasks were accomplished such as completion of the removal of fuel from unit 4; the improvement and expansion of contaminated water treatment systems; the installation of new tanks and associated systems for contaminated water storage; the operation of underground water bypass; and the clean-up of the site resulting in the enhanced working radiological environment. World Nuclear News >>

When Chemicals Became Weapons of War

Nobody expected the first chlorine gas attack on April 22, 1915, to be quite so successful, including Fritz Haber, the weapon’s main advocate. The German scientist had proposed using chlorine gas on Allied troops, overseen its development as a weapon, and gone to the front lines himself to supervise placement of 5,730 gas cylinders along a 4-mile stretch of road near the trenches outside the Belgian town of Ypres. C&EN >>

The national security landscape has changed drastically in the fourteen years since 9/11, and the attacks at Fort Hood and the Boston Marathon demonstrated America’s vulnerabilities to domestic threats. Lone wolf terrorists, home grown extremists, and the advent of easily accessible and highly advanced technology necessitate the development of a unified domestic counterterrorism strategy. HSDL >>

Russia and Hungary have signed a memorandum of understanding on cooperation in the training of nuclear energy personnel. The MOU follows an intergovernmental agreement Russia and Hungary signed in January 2014, according to which Rosatom is to build two new units at the Paks nuclear power plant. World Nuclear News >>

Researchers from University of California, Riverside have built atomically thin gas and chemical vapor sensors from molybdenum disulfide.  The devices have two-dimensional channels, which are great for sensor applications because of the high surface-to-volume ratio and widely tunable concentration of electrons. The researchers demonstrated that the sensors, which they call molybdenum disulfide thin-film field-effect transistors (TF-FET), can selectively detect ethanol, acetonitrile, toluene, chloroform and methanol vapors. Science Daily >>

The Convention on Nuclear Safety (CNS), which includes nearly every country that operates nuclear power plants, has been considering whether to legally compel participating states to meet specific safety standards. A push to amend the convention was launched after the Fukushima nuclear disaster. After a year of diplomacy, the effort failed in February 2015. Carnegie Endowment >>

WMD Measure is Making its Way Through the New Mexico Senate

Under federal law, the use of a weapon of mass destruction — or threatening to use such a weapon — is punishable by up to life in prison or death. But several states, including Kansas, Idaho, Connecticut, New York and California, have their own WMD laws, and a similar measure is making its way through the New Mexico Senate. Emergency Management >>

Pentagon leaders would have to again slash funding for annual training across the military unless Capitol Hill blocks budget cuts mandated by the Budget Control Act, which is scheduled to be enforced in fiscal year 2016. Units across the service had to cancel annual field exercises and cut down on flight hours in fiscal year 2013 when the Pentagon last faced the full brunt of sequestration’s across-the-board cuts.  DoD Buzz >>

There is a Pattern Here: The Case to Integrate Environmental Security into Homeland Security Strategy

Recent reports of extreme weather related events, massive industrial catastrophes with hazardous materials, and critical resource shortages have begun to highlight the need to incorporate climate change as part of the national security strategy and its effects on emergency preparedness. Pandora Report >> 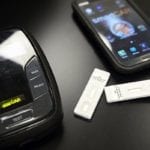 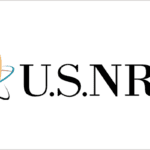