Topics in this issue include deep borehole testing in U.S., surface-enhanced Raman spectroscopy for CBRN detection, and next-gen tunnel robots.

The British foreign secretary, Philip Hammond, has urged South Korea to “exercise restraint” in its response to North Korea’s nuclear test, after Seoul resumed the propaganda broadcasts across the border that the regime in Pyongyang regards as an act of war. The Guardian >>

Fracking firms will no longer need planning permission to drill exploratory boreholes and set underground explosive charges. The government says the same safety rules for oil and gas exploration will apply – and the use of explosives will be limited to avoid nuisance. BBC News >>

A team led by Battelle Memorial Institute has been selected by the US Department of Energy (DOE) to drill a 16,000 feet (4880 meters) test borehole into a crystalline basement rock formation in North Dakota as part of studies into the feasibility of using boreholes for nuclear waste disposal. World Nuclear News >>

Iran reported Monday that it had removed the core of its plutonium-producing nuclear reactor at Arak as part of its efforts to complete its obligations under a new international agreement, even as President Obama moved to guard the deal against action in Congress. NY Times >>

A group of nine engineering graduates from Emirati universities has joined the United Arab Emirates’ Federal Authority for Nuclear Regulation (FANR) under the regulator’s scheme to develop the country’s base of nuclear experts. World Nuclear News >>

A technique that combines the ultrasensitivity of surface-enhanced Raman scattering (SERS) with a slippery surface invented by Penn State researchers will make it feasible to detect single molecules of a number of chemical and biological species from gaseous, liquid or solid samples. Chem.info >>

North Korea’s Fourth Nuclear Test: What Does It Mean?

In the case where North Korea does not need to produce a much bigger explosive yield per bomb, but is content with low to moderate yields, it can make much more efficient use of its available fissile material and have much lower weight bombs. This is the key to understanding why a boosted fission bomb is a serious military concern. It is more apt to fit on ballistic missiles. The lighter the payload (warhead), the farther a ballistic missile with a given amount of thrust can carry the bomb to a target. Federation of American Scientists >>

An Iranian nuclear official on Tuesday denied a report that technicians had removed the core of the country’s only heavy-water reactor and poured concrete into the cavity, a final step toward the completion of the historic nuclear agreement in July and the lifting of sanctions on Iran. NY Times >>

The US Nuclear Regulatory Commission (NRC) has launched a public consultation on new guidelines to extend nuclear plant lifespans from 60 years to 80 years. The NRC expects to receive the first application for license renewals beyond 60 years in around 2019. Nuclear Energy Insider >>

As North Korea dug tunnels at its nuclear test site last fall, watched by American spy satellites, the Obama administration was preparing a test of its own in the Nevada desert. A fighter jet took off with a mock version of the nation’s first precision-guided atom bomb. Adapted from an older weapon, it was designed with problems like North Korea in mind. NY Times >>

Space Weapons and the Risk of Nuclear Exchanges

A webcast of a jointly organized Bulletin and Atlantic Council discussion on Space weapons and the risk of nuclear exchanges. Bulletin of the Atomic Scientists >>

During nuclear negotiations in 2005, a North Korean diplomat let slip an unexpectedly candid comment, offering valuable insight into his government’s nuclear policy: “The reason you attacked Afghanistan is because they don’t have nukes. And look at what happened to Libya. That is why we will never give up ours.” NY Times >>

This year’s edition of the annual announcement, which outlines the various gadgets and tech that the office is looking to buy or build, reads like a prop list for a Marvel Comics movie and yet they’re also technologies that could eventually make their way into wider commercial use. So what does the future of counterterror tech look like this year? NextGov >> 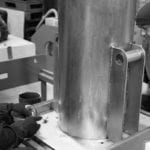 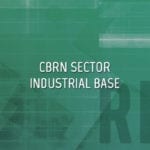