The demonstration paves the way for a new disposal method for dealing with small volumes of radioactive waste around the world.

The method, which involves placing and covering sealed sources in a narrow hole a few hundred metres deep, would allow countries to safely and securely take charge of their own disused radioactive sources. The proof of concept for the technology was tested in Croatia last month — without the use of actual radioactive material.

Virtually all countries use radioactive sources in health care, industry and other sectors. Many, though, do not have the equipment or staff needed to deal with these once they are no longer usable. Under typical circumstances, a developing country using sealed radioactive sources may generate hundreds of disused sources with low levels of radioactivity over several years, according to IAEA estimates.

“Low activity sources pose the larger challenge because they exist in large quantities around the world and in different forms and variations,” said Andrew Tompkins, a nuclear engineer at the IAEA.

In most developing countries, sealed radioactive sources are stored temporarily. Some developed countries have disposal facilities close to the surface. Both of these pose a security risk if they are not sufficiently protected.

The new disposal method represents a long-term solution to this problem that will ultimately help protect people and the environment.

The tested technology relies on a robust metal platform and a mobile container called transfer cask, which is used to move the sources into the borehole safely. “It’s simple, affordable and can be deployed worldwide,” said Janos Balla, a waste technology engineer at the IAEA.

“We realized that countries that had low levels of waste, modest infrastructure and limited human and financial resources needed a safe, straightforward and practical solution,” said Balla.

The original borehole idea was developed by the South African Nuclear Energy Corporation (Necsa), and subsequently adapted by the IAEA to incorporate the disposal of sources with higher levels of radioactivity. Today, borehole technical preparations and safety assessments are taking place in several countries, including Malaysia and the Philippines, so that the method can be implemented in the coming years. 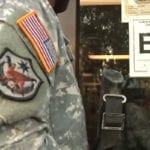