Fire on the Water: The South China Sea and Nuclear Confrontation

The argument for an increased U.S. naval presence in East Asia is certainly not without precedent. This contested aquatic region has tremendous geopolitical, strategic and economic significance. While, the Persian Gulf has immense importance and global recognition due to its strategic location in the Middle East, as well its significance to global commerce, industry and sought after oil, the South China Sea is crucially important to nations seeking to obtain their economic riches and geopolitical advantages. CBRNe Portal >>

The desire of Jeremy Corbyn, the new leader of the Labour Party, to scrap Britain’s nuclear arsenal is well known, but when he said on Wednesday that he would order the military not to use nuclear weapons if he were prime minister, it created a firestorm of criticism. NY Times >>

The purpose of the CNS program is to help provide applicants with important pre-application proof-of-concept efficacy data in support of a research proposals to the CounterACT or other federally-funded peer-reviewed grant program. Global Biodefense >>

The Homeland Security Department-funded report found that the radiation dose from so-called backscatter advanced imaging technology systems – which use X-rays, a type of ionizing radiation – were about one-tenth below the recommended standard established by the American National Standards Institute/Health Physics Society. The radiation doses are in line with what previous investigations of these machines found, the report added. Fierce Homeland Security >>

The military intends to complete the development of ballistic missiles with a range of 800 kilometers and deploy them by 2017, officials said Thursday. This is in response to North Korea’s nuclear and missile capacities, officials said, noting that the 800 kilometer-range missiles will put the whole of the North within striking distance. The Korea Times >>

BARDA manages Project BioShield, which includes the procurement and advanced development of medical countermeasures for chemical, biological, radiological, and nuclear (CBRN) agents, as well as the advanced development and procurement of medical countermeasures for pandemic influenza and other emerging infectious diseases that fall outside the auspices of Project BioShield. Global Biodefense >>

Gas canisters explode, grenades go off, and gun fire cracks through the mountain path that U.S. and Republic of Korea Marines begin to patrol during a gas attack drill. The Marines promptly don their gas masks and treat their wounded. The drill prepared the Marines to respond to potential chemical, biological, radiological and nuclear threats throughout the Pacific. U.S. Marine Corps >>

Flying IEDs: The Next Evolution in Warfare?

The IED is a staple weapon of asymmetric warfare tactics, providing an inexpensive, easy to build and difficult to detect weapon capable of inflicting painful losses on a technologically and numerically superior enemy. There is significant concern within the defense community that forces unfriendly to the U.S. can couple small drones and IEDs for a new era of threats.  Armed with Science >>

Machines that use advanced X-ray imaging technology to screen airport passengers comply with radiation exposure limits set by the American National Standards Institute/Health Physics Society (ANSI/HPS), says a new report from the National Academies of Sciences, Engineering, and Medicine. The report also finds that the machines adhere to the recommended safety mechanisms described in the ANSI/HPS standards to prevent overexposure to radiation in the event of a mechanical failure or deliberate tampering. HSNW >>

Study: 20 Percent of 911 Calls in San Francisco Are Butt Dials

From 2011 to 2014, San Francisco’s 911 dispatchers experienced a 28 percent surge in emergency calls. It wasn’t because of an increase in crime. Pranksters weren’t inundating the system. The real source? Butt dials. Slate >>

The agreement calls for Saab to finalize the design of its Multi-Shot Mine Neutralization System (MuMNS), which will be deployed as a remotely operated vehicle. MuMNS will be the mine neutralization system for the Franco-British Maritime Mine Countermeasures project, for which Thales was awarded a contract. C4ISR & Networks >>

People with long-term exposure to loud noise at work or in leisure activities may be at increased risk of heart disease, a U.S. study finds. Researchers found the strongest link in working-age people with high-frequency hearing loss, which is typically the result of chronic noise exposure. Reuters >>

You’ve heard of the catastrophic effects of radiation on environments, animals and humans. A seemingly silent and invisible destroyer, radiation can make whole cities inhabitable for hundreds of years. But have you ever wondered what radiation actually looks like? IFL Science >>

The European Union should maintain at least the current capacity of nuclear generation up to and beyond 2050, entailing the commissioning of more than 100 nuclear power reactors over the next 35 years, Foratom said 2 October. This target would deliver 122 GWe of nuclear capacity between 2025 and 2045. World Nuclear News >>

Gary Bolton, a convicted fraudster who made millions selling fake bomb detectors around the world, has been ordered by a court to pay more than £1 million. In August 2013 Bolton, 49, from Chatham in Kent, was sentenced to seven years in jail for the sale of more than 1,000 useless detectors that he claimed could track down bombs, drugs, ivory, and money. HSNW >>

The Army is experimenting with using swarms of small, inexpensive drones in battlefield missions—as much as anything because of the potential threat they could pose to U.S. forces. Members of the Targets Management Office with Program Executive Office for Simulation Training and Instrumentation are using groups of quadcopters and octocopters to see what they’re capable of. Defense Systems >>

The horrific incident that took down the World Trade Center buildings inspired researchers at the California Institute of Technology (Caltech) in Pasadena to look for ways to make transportation fuels less explosive. Gasoline, kerosene, and other transportation fuels are composed of highly flammable hydrocarbons—typically 5 to 14 carbon atoms in length. Science >>

In an important annual exercise, the Army recently put the architectures and technologies for battlefield intelligence gathering to the test, working with other Defense Department agencies, contractors and coalition partners at Fort Huachuca, Ariz., as part of the Enterprise Challenge, or EC-15. Defense Systems >> 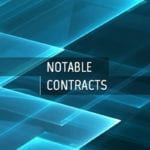