Although the soldiers did not yet know it, they had just been attacked by a previously unseen type of makeshift bomb: a device made from an artillery shell designed to disperse a nerve agent. The resulting release of sarin, which several munitions analysts describe as the first case in history of a nerve agent being used in an improvised explosive device, eventually wounded two American explosive ordnance disposal technicians. New York Times >>

Keith Fehr wants to be ready for anything when the Super Bowl comes to the University of Phoenix Stadium in February. “We trained on structural collapse, on foodborne illness. We practiced a biological agent release, a chemical warfare release, explosions, multi-vehicle accidents,” he said. Emergency Management >>

Even before it entered World War II, the U.S. was racing to create the weapon that would end the war. In 1939, Albert Einstein sent a letter to President Roosevelt informing him that “it may become possible to set up a nuclear chain reaction in a large mass of uranium” and that, using this technology, “it is conceivable—though much less certain—that extremely powerful bombs of a new type may thus be constructed.” Bloomberg Business >>

Congress has much to do and not much time to do it before year’s end. Fortunately, leaders on both sides of the aisle have made it clear that renewal of the Terrorism Risk Insurance Act, or TRIA, is a “must-do” before Congress adjourns. Roll Call >>

Plutonium and a National Park: Marking Birth of the Atomic Bomb

The U.S. House of Representatives on Thursday approved legislation that would make a park out of once-top secret sites in Washington, Tennessee and New Mexico where the atomic bomb was developed during World War II. Seattle PI >>

The chair of the House Seapower and Projection Forces subcommittee said Congress will find a way to fund the Navy’s next-generation nuclear-armed submarine fleet and look to move toward significantly larger fleet numbers compared to the current Navy goal of 306 ships. DoD Buzz >>

Destruction of 12 chemical weapons facilities in Syria is expected to start this month, and the work should be completed by June, according to UN officials. UN Security Council diplomats still expressed worries that Syria had yet to make a full declaration of its chemical weapons capabilities. The Australian >>

WMD create challenges for the U.S. Army that will not go away in the near term. It is apparent that the future operating environment will include a variety of state or nonstate actors that will seek to counter U.S. influence or hold U.S. or allied forces at risk through WMD programs. International Relations and Security Network >>

US Navy Engineer Indicted For Trying To Sell Secrets

A naturalized American citizen working for the US Navy was arrested Friday for attempting to sell technical information about the nuclear aircraft carrier Gerald R. Ford to an agent of the Egyptian government. The agent, however, was a federal undercover agent working for the FBI. Defense News >>

Several thousand people, some dressed as animal characters, were evacuated from a Hyatt hotel in suburban Rosemont when an “intentional” chlorine gas incident at the Midwest FurFest convention led to 19 people being hospitalized. Chicago Times >>

One of the distinguishing features of the First World War was the widespread use of chemical weapons. Chemical gases of various lethality, including mustard gas, phosgene and tear gas, were used to disable and kill enemy defenders. Although chemical weapons played a major role during the Great War, its usage can be dated to a much earlier period of history. Ancient Origins >>

Protecting the Nation Through Two Sectors

While some law enforcement agencies have used barcodes to improve their forensic evidence tracking, storage and retrieval processes, very few have implemented RFID because of concerns about startup costs, the reliability of the technology and the current lack of relevant RFID standards for property and evidence handling. HSNW >>

The first mobile security application archiving technology developed with funding by the Department of Homeland Security (DHS) Science and Technology Directorate (S&T) has been transitioned to the commercial market, to KryptoWire. HS Today >>

New innovations for the Army’s virtual training game will personalize avatars to look and act like their soldiers and integrate more troops, vehicles and aircraft into the simulated training environment. Defense News >> 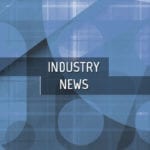 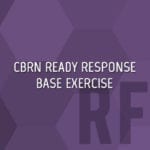