So-called dirty bombs would probably not produce large numbers of casualties but could yield big headlines, impose heavy costs, and terrorize more effectively than is possible with conventional explosive devices. Concerns about nonconventional terrorism at the Rio Summer Olympics, and reports that persons involved in the November 2015 Islamic State attack in Paris had conducted video surveillance of a scientist employed at the Belgian Nuclear Research Center, have revived fears that terrorist groups may be interested in building a “dirty bomb” using radioactive materials. Washington Institute >>

Senator Richard Lugar represented the state of Indiana from 1977-2013. Along with Senator Sam Nunn (D-GA), he authored the legislation that established the Cooperative Threat Reduction Program in 1991. He currently serves as the president of The Lugar Center, a non-profit organization in Washington, D.C. Nukes of Hazard >>

Not all hazmat teams are trained and equipped to respond to weapons of mass destruction.  And not every hazmat technician is trained to respond to the deliberate release of these weapons. In 2005, the Federal Emergency Management Agency published Document 583-4 (Typed Resource Definitions: Fire and Hazardous Materials Resources), which provides the criteria for typing hazmat entry teams. In the document, FEMA guidance, which is not mandatory, types hazmat teams based on their capability. Domestic Preparedness >>

The U.S. Air Force’s program to develop and field a new intercontinental ballistic missile to replace aging Minuteman III weapons is stalled over Pentagon concerns the service underestimated the cost by billions of dollars, according to a defense official familiar with the program. The service is grappling with a substantial gap between the cost estimate its officials prepared for an Aug. 3 meeting of the Pentagon’s Defense Acquisition Board and one crafted by the department’s office of independent cost assessment. Bloomberg >>

Syrian Government and Russia Are Accused of Using Napalm-Like Bombs

Syrian government aircraft hit the rebel-held Damascus suburb of Daraya with incendiary bombs for the third straight day on Wednesday, according to local council members, who said the weapons were packed with substances akin to napalm. NY Times >>

How the Islamic State Seized a Chemical Weapons Stockpile

Syrian Army soldiers inside Regiment 111 successfully defended their base during the first rebel attack in early November 2012, killing 18 Nusra fighters in the process. But the cold December wind only fortified the rebels’ resolve. The base was a goldmine: home to guns, artillery, ammunition, and vehicles. And deep inside Regiment 111’s bunkers lay something even more valuable — a cache of chemical weapons. Foreign Policy >>

Mine action is a broad set of efforts that prevent and address the problems caused by mines, cluster munitions and other explosive remnants of war (ERW). Mine action aims to reduce the social, economic and environmental impact of these weapons. GICHD >>

How to Address the Human Side of Critical Incidents

Stay with me on this. In Arnold Schwarzenegger’s Terminator films, humanity is nearly eliminated when Skynet, a computer program designed to automate missile defense, “wakes up” and decides that humans are the main threat to the planet. “It used our own bombs against us. Three billion died in the nuclear fire,” hero Kyle Reese explains in the latest movie, Terminator Genisys. Defense One >>

Questions for Donald Trump After His Counterterrorism Speech

While ISIS is surely the first-order problem in terrorism, other threats are likely to come to the fore during a Trump presidency. What are his plans to stop bioterrorism? How will he ensure that nuclear weapons do not get into terrorist’s hands? The Hill >> 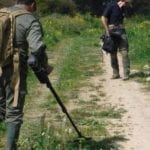 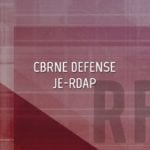