Topics in this issue include cybersecurity for nuclear power facilities, the impact of repeated blast exposures on veterans’ brains, and seismologists helping to monitor for nuclear weapons testing.

With the production of fifty grams of plutonium-238, researchers at the Department of Energy’s Oak Ridge National Laboratory have restored a U.S. capability dormant for nearly thirty years and set the course to provide power for NASA and other missions. HSNW >>

China General Nuclear (CGN) expects to complete construction of a demonstration small modular offshore multi-purpose reactor by 2020, the company announced yesterday. The company said it is currently carrying out preliminary design work for a demonstration ACPR50S project. Construction of the first floating reactor is expected to start next year, it said, with electricity generation to begin in 2020. World Nuclear News >>

How Blasts Affect the Brain

Explosions during military combat can initially cause mild traumatic brain injury (TBI), which may lead to later development of neurodegenerative disorders like chronic traumatic encephalopathy and Alzheimer’s disease. The Scientist >>

Katja: A Glimpse at the Life of a Mine-Detecting Dog

Katja, one of Handicap International’s veteran mine sniffing dogs, still comes to work each day with fresh energy and enthusiasm despite having logged countless hours on the job over her nine-year career. The dog is a Belgian Shepherd, a breed often used by the military and police due their intelligence and acute sense of smell. Handicap International >>

Brain injury experts find that combat veterans exposed to repeated mild explosions show chronic changes in neuron activity in certain brain regions – and the more blasts they are exposed to, the more of the lasting changes they show. MNT >>

A surprise combat readiness inspection of military units of radiation, chemical and biological protection (NBC) of the Eastern Military District has been conducted in the Republic of Buryatia in the south of Siberia. Tass Russian News Agency >>

Nuclear Facilities in 20 Countries May Be Easy Targets for Cyberattacks

Twenty nations with significant atomic stockpiles or nuclear power plants have no government regulations requiring minimal protection of those facilities against cyberattacks, according to a study by the Nuclear Threat Initiative. NY Times >>

International experts are far from convinced that North Korea actually conducted its first H-bomb test, which was reported by the country last week. In the meantime, South Korea is blasting pop music, weather, and news broadcasts and recorded criticisms of North Korea with loudspeakers on the border. HSNW >>

It has become popular to oppose plans for a new U.S. nuclear-capable cruise missile. They are immoral. They needlessly risk nuclear war. They stoke “arms-racing” and greater nuclear proliferation. And the United States has plenty of alternatives to dual-use delivery systems — cruise missiles in particular — making them unnecessary. War on the Rocks >>

Shall we play a game? In the 1983 geek-classic WarGames, a high-school hacker dials his way to the government supercomputer in charge of American nukes. When the talking machine suggests they play checkers, chess, and a little thermonuclear war, the teen thinks it’s mere fun. But World War Three may actually be imminent. CityLab >>

The capability of the new B61-12 nuclear bomb seems to continue to expand, from a simple life-extension of an existing bomb, to the first U.S. guided nuclear gravity bomb, to a nuclear earth-penetrator with increased accuracy. Federation of American Scientists >>

Last week’s nuclear test was North Korea’s fourth, although the United States and experts doubt the North’s claim that it was of a more powerful hydrogen bomb, as the blast was of about the same size as that from an atomic bomb test in 2013. Reuters >>

Smart Sensors Could Speed up Detection of Harmful Oil Spills

If there’s an oil spill in the ocean, knowing the extent of the damage is crucial to managing the challenging task of cleaning it up. Now a team of Spanish scientists have developed smart sensors that can detect chemical contamination and map out the edges of a spill. Chem.info >>

Every month, the 11th Signal Brigade highlights a Soldier as its Thunderbird of the Month. For the month of December, Pvt. Kyler Frongner, Headquarters and Headquarters Company, 11th Sig. Bde., receives that recognition. The 22-year-old Frongner is a Syracuse, Utah, native, and entered the Army in March 2015 as a chemical, biological, radiological and nuclear defense specialist. Fort Hood Sentinel >> 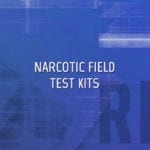 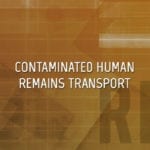