Legislation that would help enable state and local first responders to achieve interoperable emergency communications was introduced Friday by Rep. Donald M. Payne, Jr. (D-NJ), whose earlier bill to amend the Homeland Security Act of 2002 to make the Department of Homeland Security (DHS) Under Secretary for Management responsible for policies and directives to achieve and maintain interoperable communications among DHS components was passed by the House. HS Today >>

As disasters become more frequent and costly, state governments might want to rethink how they budget for relief and recovery, including their reliance on federal assistance, congressional investigators said in a new report. Fierce Homeland Security >>

The inability of first responders to effectively communicate with one another during emergencies is a very real problem that undermines the safety of our communities. This legislation protects the gains made toward achieving interoperability and ensures emergency personnel are able to successfully coordinate activities that save lives. Homeland Security Today >>

The IAEA’s efforts to help nations meet their development goals has received a major boost from the United States and Japan, which pledged a total of $75 million to strengthen their support for the IAEA’s Peaceful Uses Initiative. IAEA >>

Disaster Response Has More Than One Patch

The U.S. Nuclear Regulatory Commission is in the final stages of a project to streamline its operations, chairman Stephen Burns said in an update on progress at the agency. Project Aim 2020 is tasked with identifying ways to improve efficiency, safety, security and safeguards missions while streamlining processes and limiting costs through the most responsible and effective use of NRC resources. World Nuclear News >>

A new California Assembly bill calls for a two-year study to improve accuracy in pinpointing locations of 911 calls made from cellphones. AB 510 seeks to explore ways to eliminate unnecessary delays in emergency care for people in need. The bill was unanimously approved this month by one Assembly committee and now heads to another. Emergency Management >>

The U.S. Department of Homeland Security (DHS) will host a Roundtable Event with industry on May 26, 2015 in the national capital region. The event is designed to help DHS identify best practices for the use of Requests for Information (RFI), draft and final Requests for Proposal (RFP), Federal Business Opportunities announcements, and other media to provide industry with insight, information, and status on planned procurements. Global Biodefense >>

Counter-Agroterrorism: Understanding and Responding to the Threat

The food and agricultural sector is one of the easiest sectors of any nation’s economy to disrupt and its disruption could have catastrophic consequences both nationally and regionally. Yet in the context of CBRNe planning, preparations for a major biological emergency, whether naturally occurring or intentional, are often given less attention and allocated fewer resources than chemical or radiological events. CBRNe Portal >>

The leaders of two rival projects to produce molybdenum-99 (Mo-99) commercially in the USA are united in their goal to reinvigorate the country’s domestic supply of the lifesaving radioisotope. World Nuclear News >>

Disaster and Recovery: The Unexpected Shall Come To Be Expected

Experts have assessed the hazards and vulnerabilities and knew with a high degree of confidence what would happen if a large magnitude earthquake struck the Kathmandu Valley. A 2012 UNISDR news article, “Nepal’s tragedy in waiting,” was alarming: “Conservative estimates are that the next big earthquake could result in 100,000 dead, 200,000 injured and one to two million people displaced in the fabled Kathmandu Valley where memories live on of the 1934 earthquake which took more than 8,000 lives.” HSNW >>

More than 4,300 people across more than 15 countries were killed in suicide terrorist bombings last year, according to a new report from the University of Chicago. The Chicago Project on Security and Terrorism’s 2014 Suicide Attack Index indicated that Iraq accounted for about 40 percent of the 504 confirmed total attacks around the world, which is the highest number in seven years. Afghanistan ranked second in total confirmed attacks. Fierce Homeland Security >>

U.S. Transportation Secretary Anthony Foxx today announced a final rule for the safe transportation of flammable liquids by rail. The final rule, developed by the Pipeline and Hazardous Materials Safety Administration (PHMSA) and Federal Railroad Administration (FRA), in coordination with Canada, focuses on safety improvements that are designed to prevent accidents, mitigate consequences in the event of an accident, and support emergency response. GSN >>

The Broad Agency Announcement (BAA) seeks to provide sound scientific techniques related to supporting attribution analyses leading to the capture, indictment, and prosecution of the perpetrators of a criminal or terrorist act involving the actual or threatened use of chemical threat agents. Global Biodefense >> 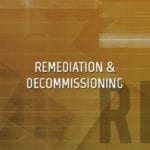