Hands Across the Water: The International Nature of Disaster and Emergency Management

While it is considered true by emergency and disaster managers that all disasters commence as local events, it is undisputed that even “local” crises and disasters can generate both effects and responses within the international community. It has also been said, time and again, that crises, disasters, catastrophic and extreme events do not recognize international borders or boundaries. CBRNe Portal >>

Although in-vehicle displays and tablets certainly exist, none were developed with the particular needs of police and fire personnel in mind.  Most were originally meant for point-of-sale, warehousing or other universal uses and then were later “adapted” for emergency services. Government Security News >>

Northwestern University says it is enhancing its commitment to the safety of its students, faculty, staff, and visitors by launching a new training session of its Community Emergency Response Team (CERT) program for volunteers this April. HSNW >>

An employee at the Hanford Fire Station has tested positive for a very low level of internal radioactive contamination after handling breathing equipment used at the nuclear reservation’s Plutonium Finishing Plant. The Tri-City Herald reports that Department of Energy officials say the equipment was sent to the station for storage. Chem.info >>

For decades, the United States has produced nuclear energy and made weapons, creating nearly 100,000 metric tons of waste. So far, most of that waste has been stored mainly at the sites where it was created. Columbus Dispatch >>

The House of Representatives’ Committee on Science, Space, and Technology has approved a bipartisan bill to support federal research and development (R&D) and stimulate private investment in advanced nuclear reactor technologies in the U.S. Nuclear Energy Insider >>

The two organizations participated in talks last week, agreeing to further strengthen their cooperation on nuclear safety, waste management and decommissioning as well as emergency preparedness and response. In addition, mechanisms to strengthen regional cooperation were discussed, including for the environmental remediation of uranium legacy sites in Central Asia. IAEA >>

In November 2015, the Executive Council of the Organisation for the Prohibition of Chemical Weapons (OPCW) expressed “grave concern” that chemical weapons (CW) had once again been used in Syria after its fact-finding mission (FFM) confirmed “with the utmost confidence” that sulphur mustard had been deployed in an attack on the rebel-held town of Marea on 21 August. CBRNe Portal >>

Nuclear Cybersecurity: Why We Should Worry

The Nuclear Threat Initiative’s security index rightly criticizes other countries for failing to address the threat of cyberattack against their nuclear facilities but overlooks the failings of our own country. The report assigns the United States a perfect cybersecurity score, although the NRC does not require nuclear fuel production facilities, some possessing bomb-usable materials, to have comprehensive programs to protect against cyberattack. NY Times >>

Floppy Disks and Windows XP: Nuclear Weapons Technology is Hilariously Out of Date

There are nine countries that have nuclear weapons, which have been upgraded in devastation since they were first used in anger by the Americans in World War II. The tech that powers them, not so much. Nextgov >>

The Air Force Global Strike Command completed an accident investigation board following a May 2014 mishap during maintenance on an intercontinental ballistic missile. Accordingly, the team chief and the two Airmen involved were decertified, retrained and returned to duty. To prevent a reoccurrence of this mishap, the Air Force has strengthened technical guidance, modified training curriculum, and shared information with the other missile wings regarding the conditions that led to the mishap. USAF >>

It is Still Three Minutes to Midnight

Founded in 1945 by University of Chicago scientists who had helped develop the first atomic weapons in the Manhattan Project, the Bulletin of the Atomic Scientists created the Doomsday Clock two years later, using the imagery of apocalypse (midnight) and the contemporary idiom of nuclear explosion (countdown to zero) to convey threats to humanity and the planet. Bulletin of the Atomic Scientists >>

Three U.S. Air Force airmen were stripped of their nuclear certifications after a “mishap” caused approximately $1.8 million in damage to an intercontinental ballistic missile in 2014, officials said Friday. The incident occurred when the Minuteman III nuclear missile, assigned to the 90th Missile Wing at F.E. Warren Air Force Base in Wyoming, became “non-operational” during a diagnostic test, according to a statement released by the Air Force. CNN >>

Errors by three airmen troubleshooting a nuclear missile in its launch silo in 2014 triggered a “mishap” that damaged the missile, prompting the Air Force to strip the airmen of their nuclear certification and quietly launch an accident investigation. The Guardian >>

The Iran nuclear deal reached a major milestone this past Saturday when the International Atomic Energy Agency (IAEA) confirmed that Iran had fulfilled key nuclear commitments. In response, the United States, European Union, and United Nations suspended or terminated nuclear-related sanctions that have devastated the Iranian economy. Brookings >>

Last year a group of mine detection rats arrived in Cambodia, where they have been completing their training in preparation for deployment in the Cambodian minefields. APOPO’s mine detection rat (MDR) field coordinator Mark Shukuru was in Cambodia supporting the MDR team, helping them get up to speed for their livelihood- and life-saving mission. APOPO >>

UAV support of conventional civil disobedience operations is only going to increase. Aerial filming of the activity and the security/law enforcement response to the activity can be expected to be used for propaganda purposes for money raising and encouraging copy-cat operations. CFSN >>

Europe wants to improve its use of nuclear power in response to Russia’s invasion of Georgia and Ukraine. Russia has paired its increased aggression and buildup of conventional forces with an expanded nuclear program, and Europe—especially Eastern Europe—is getting scared. The Trumpet >>

The Navy has begun early construction and prototyping on a new class of nuclear-armed ballistic missile submarines designed to help ensure global piece by deploying massive destructive power under the sea. The Ohio Replacement Program, a so-called SSBN, is scheduled to begin construction by 2021. Requirements work, technical specifications and early prototyping have already been underway at General Dynamics Electric Boat. DoD Buzz >> 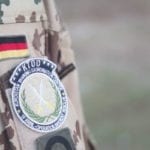