The following remarks were made by Brigadier General Maria R. Gervais, Chief of Chemical and Commandant, U.S. Army Chemical, Biological, Radiological, and Nuclear School, in the Winter 2014 Army Chemical Review:

I am pleased to announce that on 8 October 2014, after more than 2 years in the making, our CBRN Force Design Update was approved by the Vice Chief of Staff of the Army. Our fiscal year (FY) 2015 CBRN force structure is out of balance, with 73 percent of the total force structure dedicated to decontamination and biological detection—a design that was developed between 1980 and 2000 to mitigate and deter nuclear, biological, and chemical threats that existed during the Cold War era.

The current design was developed based on a known threat and one that placed U.S. Army forces in a reactionary, versus proactive, mode of operation. The CBRN Force Design Update will rebalance required capabilities to provide a scalable, tailorable mix of mission command, reconnaissance, assessment, decontamination, and exploitation capable forces to support maneuver brigade combat teams and divisions in conducting CBRN defense, WMD elimination, and consequence management operations.

The CBRN Force Design Update will restructure 45 current maneuver support CBRN companies (15 per component) into multifunctional hazard response companies. These companies will be able to perform personnel and equipment decontamination and conduct mounted and dismounted hazmat reconnaissance, characterization, and assessment. This will enable the companies to contribute to defense support of civil authorities’ missions and battlefield counter WMD missions.

Under the CBRN Force Design Update, the Regiment will retain some large-area Biological Integrated Detection System and heavy decontamination capabilities within the strategic reserves. Over the next year, a synchronized doctrine, organization, training, materiel, leadership and education, personnel, facilities, and policy implementation plan will be developed to ensure that CBRN readiness is maintained at all times. I intend to conduct a rehearsal-of-concept drill to ensure the seamless FY 16 implementation of the Force Design Update across our formations. 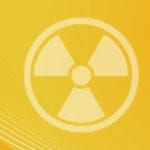