Hot-Zone Forensics: The C.S.I. of CBRNE

The Iran Nuclear Deal, in 3 Charts

This week’s massacre of 148 people at Garissa University College, the deadliest terrorist attack on Kenyan soil in two decades, demonstrates the limits of the administration’s approach and the difficulty of producing lasting victories over resilient enemies. Washington Post >>

A Hezbollah operative who bribed a nuclear power plant employee in Argentina to steal plutonium conspires with a rogue Mexican cartel jefe to smuggle the materials into the U.S. to be used to blow up MacDill Air Force Base. Steven Sin’s nightmare scenario is a spy thriller come true — a jihadi getting ahold of nuclear material and then being able to smuggle it into the United States to be used as a weapon. Tampa Tribune >>

A once-secret nuclear facility deep under a mountain near Iran’s holy city of Qom is slated to become one of the world’s most unusual international research centers. A plutonium-producing reactor will be reengineered and downsized. And enough enriched uranium to make several atomic bombs will be removed or diluted. These and other technical elements of the action plan on Iran’s nuclear program announced yesterday seek a delicate balance: preventing Iran from building an atomic arsenal while allowing it to retain significant nuclear R&D. Science Insider >>

The well organized and versatile response by Boston medical personnel to the 2013 marathon bombings earned high praise in a report that highlighted how quick-thinking doctors and paramedics worked seamlessly to save the lives of scores of critically wounded spectators. Emergency Management >>

Relying on Good Fortune – Not an Acceptable Preparedness Strategy

When hundreds of people fall ill from a mysterious biological agent, public health and law enforcement agencies work seamlessly to implement the established policies and enforce any necessary quarantine procedures that they have planned and trained for well in advance of the current threat. At least, that is what should happen. Domestic Preparedness >>

The IAEA emergency preparedness review service (EPREV) team, led by Raoul Awad of the Canadian Nuclear Safety Commission (CNSC), carried out its 11-day mission at the invitation of the UAE government. The team, which included experts from Brazil, Canada, France, Morocco, the USA and the IAEA itself, assessed the UAE’s arrangements and preparations to respond to nuclear and radiological emergencies at the Barakah plant, currently under construction. World Nuclear News >>

The Transportation Security Administration announced that two parties have won an agency-sponsored contest to figure out a way to assess the threat-level of an individual passenger’s suitcase. But the award notice, published online, does not identity the victors or what they proposed. Or even how much money they won. The maximum payout was listed as $15,000 when the challenge kicked off last summer. Nextgov >>

When a politician, analyst or pundit mentions an Iranian ‘nuclear weapons program’ they are referring to a program that the intelligence community is not aware of. Defense One >>

A suite of analytical innovations used to detect and measure very low levels of compounds and elements for environmental, national security and health applications has topped $10 million in licensing income for Pacific Northwest National Laboratory and its operator Battelle. Global Biodefense >>

We’ve Reached a Nuclear Framework with Iran. So Now What?

Perhaps an apt metaphor for the framework agreement is a marriage engagement. The wedding is scheduled to take place at the end of June. The coming months will see vigorous debate about the size of the dowry and the terms of the prenuptial agreement. If past is precedent, the wedding date could well be postponed, and many parties — in Congress, Israel, the Arab world and Tehran — would like to sabotage it. If and when the wedding takes place, the success of the marriage will be assessed in the years to come. The bride doesn’t trust the groom. The groom doesn’t trust the bride. But for now the engagement should be celebrated. Carnegie Endowment >>

Nuclear-armed North Korea already has hundreds of ballistic missiles that can target its neighbors in Northeast Asia but will need foreign technology to upgrade its arsenal and pose a more direct threat to the United States, U.S. researchers said Tuesday. Those are the latest findings of a research program investigating what secretive North Korea’s nuclear weapons capability will be by 2020. Military Times >>

Two independent but coordinated Phase 1 studies, performed at the Walter Reed Army Institute of Research (WRAIR) and the National Institute of Allergy and Infectious Diseases (NIAID), explored the safety and immunogenicity of the investigational vaccine when administered at different dosages to 40 healthy adult volunteers. Global Biodefense >>

A Step in the Right Direction: The Framework to Prevent an Iranian Nuclear Weapon

The international community has taken harsh measures to prevent Iran from acquiring nuclear weapons, including imposing severe economic sanctions, and more intrusive actions, such as Stuxnet. When Hassan Rouhani became president of Iran in 2013, he agreed to negotiate the terms of Iranian nuclear policy with the hopes of lifting some of the aforementioned sanctions. HSDL >>

An experimental Ebola vaccine appeared to be safe and effective in clinical trials, a U.S. Army research lab announced Wednesday. The vaccine worked fast and strong enough that an Army official from the lab said it could be deployed to future Ebola hotspots on short notice to quickly defuse outbreaks. Defense One >>

Iran could be able to obtain a nuclear weapon much more quickly after the first 13 years of the emerging nuclear deal, President Barack Obama acknowledged Tuesday. Yet he said that with no deal, the world would be even less equipped to stop it. Associated Press >>

visitors converged in record numbers Saturday at the location called the Trinity Site, where the U.S. Army detonated the first nuclear bomb almost 70 years ago and caused an earth-shaking explosion with implications for human life that continue to be felt worldwide. White Sands Missile Range opened Trinity Site for the first of two tours this year. It’s also the 70th anniversary of the top secret testing of the first atomic bomb being detonated. Alamogordo News >> 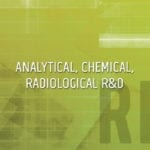 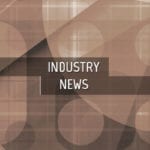