The 2016 Emergency Response Guidebook (ERG2016) was developed jointly by Transport Canada (TC), the U.S. Department of Transportation (DOT), the Secretariat of Transport and Communications of Mexico (SCT) and with the collaboration of CIQUIME (Centro de Informaciòn Quìmica para Emergencias) of Argentina, for use by fire fighters, police, and other emergency services personnel who may be the first to arrive at the scene of a transportation incident involving dangerous goods. Hazmat Management >>

University of Virginia School of Medicine researchers have identified promising drugs that could lead to the first antidote for radiation exposure that might result from a dirty bomb terror attack or a nuclear accident such as Fukushima. Global Biodefense >>

The Army says it’s moving 266 soldiers in a chemical-warfare defense battalion from Aberdeen Proving Ground to three other installations around the country to support military readiness. The Army says in a statement that the 22nd Chemical, Biological, Radiological and Nuclear Battalion will begin the process with a ceremony Friday. CBS Baltimore >>

The National Institute of Environmental Health Sciences (NIEHS), part of the National Institutes of Health, is launching a new program to help train approximately 35,000 first responders and workers to protect themselves from infectious diseases. The three-year, $9 million program is being launched in collaboration with the CDC and other federal agencies. Global Biodefense >>

Public health advocates and environmentalists complained for decades that the 1976 law was outdated and riddled with gaps that left Americans exposed to harmful chemicals. Under current law, around 64,000 chemicals are not subject to environmental testing or regulation. The Senate passed the measure on a voice vote; the House approved it last month, 403 to 12. NY Times >>

Fission Stories #58 described how control room operators prepared for a test to be conducted on the Unit 2 reactor at the Millstone nuclear plant in Connecticut. Each operator who would touch control switches during the test was assigned a peer checker who would have a copy of the test procedure in hand to verify that the operator conducted every step as specified. Union of Concerned Scientists >>

A shipment of plutonium and highly enriched uranium from Japan Atomic Energy Agency’s (JAEA) Fast Critical Assembly reactor has arrived at two US Department of Energy sites. Japan and the USA announced their commitment to remove the material at 2014 and 2016 nuclear summits. World Nuclear News >>

University hospital district-based EMS systems in Finland had at least 20% better absolute clinical capacity than central hospital-based EMS systems for treating chemically affected patients concerning all treatments inquired about, except the capacity for non-invasive ventilation (NIV)/continuous positive airway pressure (CPAP) treatment in the field. Overall, there was a good level of preparedness for treating chemical accident patients with supplemental oxygen, bronchodilators, and inhaled corticosteroids. Preparedness for providing antidote therapy in cases of cyanide gas exposure was, in general, low. Prehospital and Disaster Medicine >>

The United States can shipwreck North Korea’s nuclear ambitions by striking a deal with China. We should close our military bases and end our defense commitments to Japan, South Korea, and the Philippines. In exchange, China would be required to force North Korea to abandon its nuclear arsenal and to renew its adherence to the Nuclear Non-Proliferation Treaty. Huffington Post >>

Facebook has built an internal-only Messenger bot called “Crisis Bot” to monitor what happens during major crises, when its Safety Check feature is activated. Safety Check is a tool that Facebook has periodically deployed that allows users to broadcast to their Facebook connections whether they’ve been dangerously affected by a crisis in their vicinity. NextGov >>

North Korea Says Its Nuclear Weapons Are for ‘Peace’

North Korea defended its policy of nuclear weapons development as a “strategic choice for peace” but vowed retaliation if South Korea went ahead and participated in the Rim of the Pacific exercises in Hawaii. UPI >>

On Cluster Munitions, a Tentative Step Toward Sanity

You can always tell a policy development is significant when it’s released late Friday afternoon – and before a holiday weekend to boot. The decision by the United States to “hold” further transfers of CBU-105 cluster munitions to Saudi Arabia is a perfect example. In this case it was even more obscure than usual since the information was leaked rather than announced by news release. Human Rights Watch >>

Seek and destroy efforts for decades-old bombs and explosive munitions strewn across landlocked Laos since the Vietnam War era will get a boost of 2,178,865 U.S. dollars in funding from the United States, local media reported Monday. Shanghai Daily >>

Western societies would not respond well to a Fukushima-style nuclear disaster due to a lack of public information, a leading disaster expert has warned. Christopher Abbott said he firmly believed that the public ought to be better educated over the hazards and risks they may face. The Guardian >>

In February, a radiological source went missing in Iraq. There was concern that ISIS might have gained control of the radioactive material and planned to create a Radiological Dispersal Device (RDD, commonly referred to as a “dirty bomb”) by using explosives to scatter the material over some target area. Fortunately, the radiological source was recovered, abandoned in Iraq, a few days later. Rand >>

Local Businesses Prepare for the Next Big Disaster

Managers and business owners in Rockwall were invited last week to attend the chamber of commerce’s “Disasters and Businesses” presentation. Disasters and Businesses focused on helping businesses prepare for natural and man-made disasters such as tornadoes, severe storms, contagions or acts of terrorism. Emergency Management >>

Between 1946 and 1958, the United States waged nuclear war on emptied islands in the Pacific. Bikini Atoll and the Enewetak Islands were evacuated first, their inhabitants moved from the blast. All in all, around 200 people were evacuated, but the plan was never that the islands be permanently abandoned. Popular Science >>

On March 1, Russian Foreign Minister Sergey Lavrov proposed that the Geneva-based Conference on Disarmament should negotiate a convention for the suppression of acts of chemical terrorism. Lavrov placed the proposal, which came as a surprise to many, in the context of continued chemical weapons use in the Middle East. Bulletin of the Atomic Scientists >>

Why US Nuclear Force Numbers Matter

The US debate about nuclear forces and policy often descends into arcane details. These details can be important, but it also is important to address a basic question: For effective deterrence, does the United States need greater numbers and different types of nuclear capabilities than the very limited numbers and types of nuclear weapons deemed Air University >>

In 2014, following several high-level embarrassments, Secretary of Defense Chuck Hagel ordered two enterprise-level reviews of nuclear forces. Remarking on their findings, Hagel said, “The internal and external reviews I ordered show that a consistent lack of investment and support for our nuclear forces —over far too many years — has left us with too little margin to cope with mounting stresses.” War on the Rocks >>

Just as World War II was ending, Pentagon commanders decided it was time to update their research on chemical weapons as a non-nuclear battlefield option. For unexplained reasons, they decided that testing had to be conducted on humans. Thousands of unwitting soldiers were “volunteered” for the honor. St. Louis Post-Dispatch >>

Was the Iran nuclear deal, signed last summer, a prelude to proliferation across the Middle East? This is a question that Brookings Senior Fellow Robert Einhorn and Non-resident Senior Fellow Richard Nephew explore in a new report. Brookings >>

This event is part of emergency management exercises conducted on a regular basis by the U.S. Department of Energy facilities in Oak Ridge. These exercises test the ability of emergency personnel to respond quickly and effectively to emergency situations, and ensure that the public, Y-12 employees and the environment would be protected in the event of an actual emergency at the Oak Ridge Reservation. Y-12 Nuclear Security Complex >>

IB Consultancy this week announced that it has agreed to team with VIP GlobalNet, LLC and Advanced Science and Technology Associates (ASTA), the organizers of the Combating Radiological, and Nuclear Threats event series for the organization of the 2017 NCT USA event. VIP GlobalNet and ASTA will independently produce the Radiological and Nuclear portion of the conference, with IB Consultancy producing the Chem Bio and explosives portion of the event. The event will therefore host three separate conferences: CBRNe USA with a focus on Chembio, eXplosive USA, the EOD/C-IED conference and RadNuke, the Radiological and Nuclear conference. Jointly, these conferences will cover all aspects of CBRNe. CBRNe Portal >>

Customs officers from African States Parties to the Chemical Weapons Convention (CWC) received training on the technical aspects of the scheduled chemicals transfer regime of the CWC at an OPCW training course held in Abidjan, Côte d’Ivoire, from 24 to 27 May 2016. Comprised of presentations, practical exercises and group discussions, the course provided training for customs officials on the detection and identification of scheduled chemicals. Participants also exchanged best practices in controlling trade in chemicals, and further discussed reporting practices for imports and exports. OPCW >>

Scanners That Could Catch Weapons Can’t Be Used at Rikers

A total of 44 people were given medical help after the unknown substance came out of a ripped envelope at a distribution centre and caused burning sensation and itching. The centre was closed and evacuated after the discovery, with a bomb squad, trained to handle dangerous chemicals, called to the scene in Stokke, Norway. Express >>

The workshop – the first of its kind organized under the Joint Deployable Exploitation and Analysis Laboratory (JDEAL) framework – attracted participants from across Europe (Belgium, Germany, France, Italy, Romania, The Netherlands, Norway, Sweden), from the United States as well as from the Centre of Excellence for C-IED. Discussions focused on JDEAL and on current and future trends in exploitation. European Defence Agency >>

Saudis Team with US University on Security Degree Program

A university in Connecticut will help shape the instruction of some security officers in Saudi Arabia under an agreement announced Friday that the school describes as bringing American-style police training to the kingdom. Faculty from the University of New Haven’s Henry C. Lee College of Criminal Justice and Forensic Sciences will advise the King Fahd Security College on the creation of a new security studies program. Seattle Times >> 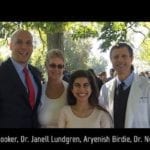