The Department of Homeland Security is facing prolonged budget cuts in its chemical and biological defense portfolio, as it works to address concerns that state and local municipalities are underprepared for a potential attack. National Defense >>

An in-depth understanding of the motivations, psychology and decision-making of potential perpetrators of CB attacks is essential as analysts try to assess who is most likely to pursue a CB capability, why they would choose CB weapons and why we have not seen more attempts to acquire and use CB weapons against the homeland. START UMD >>

A Brave Bomb-Disposal Robot You Control in Virtual Reality

A robot probably isn’t coming for your job. But there are plenty of dull, dirty, and dangerous gigs out there that humanity wouldn’t mind turning over to the machines. Indeed, a robot called Taurus from SRI International has already begun its takeover of one of the most dangerous jobs on Earth: bomb disposal. Wired >>

Alex Ojeda-Sierra, 13, was on the train to school with a friend when they heard screaming and saw passengers running past. Unknown to the boys, a bomb had exploded in another car. “I dropped my bag and we started running,” Alex, who attends the London Oratory School, said from a wheelchair at Chelsea and Westminster Hospital, where he was treated for facial bruises and sprains when he tripped in the panicky crush of fleeing commuters. NY Times >>

Catalan police temporarily evacuated Barcelona’s Sagrada Família church and nearby businesses last Tuesday after a van parked nearby prompted a bomb scare. The incident comes less than a month after 16 people were murdered in terrorist attacks in Barcelona and the coastal town of Cambrils. The Guardian >>

Richard Danzig, a former U.S. Navy secretary, interviewed imprisoned members of Aum Shinrikyo in Japan between 2008 and 2010. “I figured I could get the perpetrators of an actual terrorist group to tell me what they did,” he said. In fact, they did, describing their success with chemical weapons and, perhaps even more concerning, their attempts to build bioweapons. Foreign Policy >>

The U.S. House of Representatives passed a budget bill this week that includes full funding for a Fort Detrick laboratory that’s critical to federal biochemical weapons investigations. An amendment from Rep. John Delaney (D-6th) and Rep. Dan Donovan (R-N.Y.) to fully fund the National Biodefense Analysis and Countermeasures Center (NBACC) was included in the final version of HR 3354, the appropriations bill for the Department of Homeland Security and other agencies. Frederick News Post >>

What Are North Korea’s Other WMDs?

The Environmental Protection Agency has released the tests results of water samples collected around the chemical plant near Houston that flooded after Hurricane Harvey rampaged through Texas. According to a report in Reuters, the surface water runoff samples contained “no volatile organic chemicals or semi-volatile organic chemicals.” Chem.info >>

From the Lab: Why Wipe? A Combined Decon Approach

A database used to evaluate the risk of certain chemicals has become a flashpoint of debate among lawmakers. Called the Integrated Risk Information System (IRIS), the EPA-led effort provides an encyclopedia-like guide to state agencies on toxic hazards to help them assess the impact of a chemical accident or spill. In his budget, President Trump proposed eliminating funding for the program all together. But a House appropriations bill this summer instead cut some funding but kept the program above water. Chem.info >>

Disaster debris typically includes  soils, vegetation, municipal solid waste, construction and demolition debris, vehicles, food waste, and household and industrial chemicals. Each type of waste may contain or be contaminated with toxic or hazardous constituents. In the short term, debris removal is necessary to facilitate the recovery of a geographic area. In the long term, the methods by which these wastes are managed requires proper consideration to ensure that their management (e.g., by landfilling) will not pose future threats to human health or the environment. Congressional Research Service >>

How PPE Can Lead to Firefighter Judgement Errors

Researchers at the University of Illinois at Urbana-Champaign have found that firefighters make errors in perception when judging their abilities to navigate obstacles while wearing PPE. These types of errors could increase the risk for injury on the fireground. Crisis Response Journal >>

Most radioactive waste arising from nuclear applications consists of disused sealed radioactive sources (DSRS). Radioactive sources are used in different devices in medical, industrial and agricultural facilities. They have to be accounted for and when they are no longer usable, they have to be recovered, dismantled, stored and, in some cases, prepared for transportation. The IAEA says all countries – with or without nuclear power programs – must ensure they have the ability to properly manage them. World Nuclear News >>

There’s a certain alphabet soup to the arrangement, with U.S. Special Operations Command’s (SOCOM) Counter-Weapons of Mass Destruction-Fusion Center (CWMD-FC) being situated somewhere in the greater Washington, D.C. area, known to the U.S. military as the National Capital Region (NCR), which is already home to another secretive special operations counter-terrorism element, sometimes referred to as SOCOM-NCR. The mission of “countering” these deadly weapons can be somewhat confusing, as well. The Drive >>

The software uses declassified equations and models about nuclear weapons and their effects – fireball size, air-blast radius, radiation zones, and more – to crunch the numbers, then renders the results as graphics inside Google Maps. Science Alert >>

It is a brand name familiar with generations of Britons who, in their schooldays, saw it emblazoned across their classroom clock as they waited anxiously for the bell to go home. Smiths Group also, famously, made a watch worn by Sir Edmund Hillary when he and Tenzing Norgay became the first people to climb Mount Everest in 1953. Sky News >>

On Location at Dugway Proving Ground

Quite a bit of Dugway’s terrain is marked with grids and concentric circles. While attributes like these have raised questions about whether the land is used as an alien refueling site or landing space, the military uses that area to set up sensors. “It gives us known distances for [our] tests, says Robert Saxon, chief of public affairs at DPG. “Whether it’s in a circle, a V shape, or a square grid, there’s always another side of the story. People just don’t want to hear it.” A&E >>

Early on the morning of Sept. 26, 1983, Stanislav Petrov helped prevent the outbreak of nuclear war. A 44-year-old lieutenant colonel in the Soviet Air Defense Forces, he was a few hours into his shift as the duty officer at Serpukhov-15, the secret command center outside Moscow where the Soviet military monitored its early-warning satellites over the United States, when alarms went off. NY Times >>

Monument for 9/11 Responders Who Became Ill from Toxic Exposure

Researchers estimate that the choking dust that coated the ground zero recovery site — and persisted in the air for days afterward — contained a hazardous mix of airborne particles, including aluminum, asbestos, glass and the remnants of burned jet fuel. Scientists studying exposure to those airborne hazards have linked them to lung disease, asthma and cancer. LA Times >> 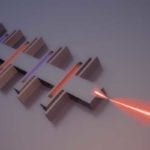