Portable and Raman Imaging Usefulness to Detect Decaying on Mortars

Punta Begoña Galleries were built in 1918 in Getxo (Basque Country, North of Spain) but were abandoned in 1960. Nowadays, their conservation state is very poor. In this work, portable Raman spectroscopy was applied to evaluate the original composition and possible deterioration products of the mortars used in the inner walls and those covering the concrete of the ceilings allowing us to select the most appropriate sampling points. Spectroscopy Now >>

Stop on the sidewalk on a downtown street in any large American city, and take a look around. Check out the utility poles nearby, the metal boxes planted at the street corners, the cameras dangling from awnings and eaves. Urban infrastructure is made up of thousands upon thousands of moving parts, and many of the gizmos that make a city run are designed to do their jobs without attracting too much attention. Nextgov >>

In an effort to protect against chemical warfare attacks, the government has contracted engineering company Block MEMS, LLC, to develop a new standoff infrared detection system based on quantum cascade lasers. When completed, this portable technology will be capable of scanning surfaces from 100 feet away or farther to detect and identify hundreds of different chemicals, including alkaline and vinyl chloride. Telegram.com >>

There’s a lot fewer nuclear weapons now than there were in the ’80s, around 15,000 compared to 70,000, according to the Federation of American Scientists. It probably would be better for us if there weren’t any at all. Countries are trying to disarm, but the weapons inspectors’ existing detection methods used to determine whether weapons are active or not aren’t great. Popular Science >>

A Defense Department agency wants to install explosion-detection equipment on public property somewhere in Arlington, Va., and is asking the County Board to keep details about the equipment and its location secret. Stars & Stripes >>

Four new research centers announced on July 18 by the Department of Energy will collectively get up to $40 million to focus on a decades-old environmental problem: cleaning up nuclear waste from weapons production. The centers will focus on chemical separation of nuclear waste streams and materials development for long-term containment. C&EN >>

The Day Five Men Willingly Stood Under a Nuclear Explosion

In the 1950s, fear of nuclear-armed Soviet bombers led to the creation of the Genie rocket. Fired from an American or Canadian fighter jet, the Genie had no guidance system. It merely had to be aimed at a Soviet bomber and the 1.7 kiloton nuclear warhead—packing the equivalent of 1,700 tons of TNT—took care of the rest. Popular Mechanics >>

The use of robotics is gaining traction relative to alternate methods for bomb and IED dismantling, but some bomb squads have hesitated to embrace the technology for several reasons. First, some robotics systems in use today date back to the 1990s, which from a functionality perspective means larger, less nimble units, smaller joysticks, confusing buttons, and limited dexterity to perform the required level of precision. Law and Order >>

Robert Scher said the projected cost for the nuclear force’s modernization is $350 billion to $450 billion over 20 years. “While not a small amount of money, … the total defense budget in fiscal year 2016 alone was over $580 billion,” he said. “The cost for nuclear modernization is substantial, but it is not unreasonable for what (Defense Secretary Ash Carter) has called the bedrock of our security.” Air Force News >>

Prime Minister Theresa May, in her first major parliamentary appearance since taking office last week, won a vote on Monday to authorize and update Britain’s nuclear arsenal, a move intended to underscore the nation’s commitment to remaining a global power despite its recent decision to leave the European Union. NY Times >>

US Likely to Keep Nukes in Turkey Despite Coup Attempt

While not confirming the presence of nuclear weapons at Incirlik, Cook also said steps had been taken to boost security for “special weapons” at the base shared with the Turkish Air Force to “keep everything safe, and we’re going to continue to do that. As a matter of policy, we don’t discuss strategic assets. Defense Tech >>

Perhaps the world’s most important center of geopolitical competition, the Asia-Pacific region is certainly its most complex nuclear security environment. It is home to established nuclear powers, such as Russia, China, India, and Pakistan; states that have significant “latent” nuclear capabilities, including Iran, North Korea, Japan, and South Korea; and a handful more that may yet seek to join the nuclear club. We need a better grasp of this changed Asian deterrence landscape and how it will affect U.S. national security interests, for simply applying bipolar models from the past is inadequate and potentially disastrous. Defense One >>

U.S. Congress Clears the Way for Limits On Drone Flights Near Chemical Plants and Refineries

The U.S. Senate gave final congressional approval on July 13 to bipartisan legislation that paves the way for restrictions on the operation of drones near chemical plants, oil refineries, and other “critical infrastructure” facilities. The legislation, which the Senate passed by a vote of 90-4 on July 13, now goes to the White House for President Barack Obama’s expected signature. C&EN >>

Inside the Plan to Undo the Iran Nuclear Deal

Though the motive is the same, the battlefront has changed. Last year’s arguments over centrifuges, uranium stockpiles and breakout time have given way to a disciplined push on the economic front, trying to prevent Iran’s regime from reaping the economic windfall that the easing of sanctions was expected to deliver. Politico >>

GAO and the Fake Licensees

The Government Accountability Office (GAO) published a report today on a “covert operation” they conducted to test the NRC and some states on the process of issuing licenses for possession and use of radioactive materials. First some facts: GAO established a fake company and made three attempts to obtain a license. GAO was successful in only one case. As part of their operation, GAO then altered the license and placed orders for radioactive material with two companies that could have resulted in GAO receiving double the quantity of material authorized in the license. That quantity of material would have posed a higher potential risk than what was actually authorized in the unaltered license, and would have required additional security measures. U.S. NRC >>

The H-Bombs in Turkey

Among the many questions still unanswered following Friday’s coup attempt in Turkey is one that has national-security implications for the United States and for the rest of the world: How secure are the American hydrogen bombs stored at a Turkish airbase? The New Yorker >>

Undercover inspectors working for the U.S. Government Accountability Office were able to fool the United States’ top nuclear regulator into granting it licenses to acquire material necessary to build a “dirty bomb,” or crude nuclear device, according to a new oversight report. Washington Free Beacon >> 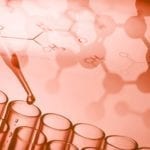