Topics in this issue include WMD challenges for the next administration, possible Ebola exposure at BSL-4 lab in Canada, and NFPA active shooter response standards.

The Eighth Review Conference on the Biological and Toxin Weapons Convention

From November 7th until November 25th, the eighth Review Conference on the Biological and Toxin Weapons Convention (BWC) takes place in Geneva. The meeting is chaired by Ambassador Molnár from Hungary. Topics to be discussed include national implementation, developments in science and technology, cooperation and assistance, and confidence building measures. United Nations Radio >>

In order for emergency services to most efficiently complete their primary task of saving lives it is essential to have effective and well-rehearsed procedures in place. This study outlines one of the early milestones delivered in the four year EU Tools for Detection, Traceability, Triage and Individual Monitoring of Victims (Tox-Triage) Project. National Ambulance Resilience Unit >>

Weapons of Mass Destruction: Challenges for the New Administration

The 2015 National Security Strategy identifies the proliferation and/or use of weapons of mass destruction (WMD) among the top strategic risks to the Nation’s interests. This paper examines four pressing WMD challenges for the next U.S. administration. Center for the Study of WMD >>

The employee was working in a high-security BSL-4 laboratory with six pigs that had been experimentally infected with the virus. They noticed a split in the suit seam after leaving the containment lab during decontamination. The unnamed employee is in self-imposed isolation and will be monitored for the next 21 days, which is the incubation period for the virus. The employee was also offered an Ebola vaccine that has been used in clinical trials in Africa. BBC News >>

It’s a new age in Army EOD. Following 15 years of war where the biggest threat to U.S. troops was improvised explosive devices, the Army’s explosive ordnance disposal specialists are becoming faster, fitter and more agile to cope with emerging threats around the world. Military.com >>

The End of the Plutonium Management and Disposition Agreement

President Putin’s October 3rd executive order suspending the Plutonium Management and Disposition Agreement (PMDA) is the latest manifestation of the rising tensions between Russia and the United States. Signed in 2000, the PMDA committed Russia and the United States to the disposal of at least 34 tons of their respective stockpiles of weapons-grade plutonium. Plutonium can be a central element in the creation of a nuclear weapon, and removing excess plutonium prevents it from falling into the hands of terrorists or from being used to build more nuclear weapons. Nukes of Hazard >>

UN Chief Alarmed at ‘Weakening Taboo’ on Syria Chemical Use

U.N. Secretary-General Ban Ki-moon expressed alarm at “the weakening taboo” against using chemical weapons in Syria where the international watchdog said it is studying several recent cases of alleged use of the banned agents, according to a letter circulated Monday. ABC News >>

Cobalt-60 is used to sterilize single-use medical devices including sutures, syringes, surgical gowns and masks and implantable devices such as orthopedics, stents and heart valves. Most of the world’s cobalt-60 is produced by the irradiation of cobalt-59 in Candu reactors, a process taking up to three years. World Nuclear News >>

Radiation Injury, Burns and Illness: A Review of Best Practices

The news organization is seeking forensic science experts from diverse backgrounds who will be available in the United States for an on-screen presence in a new crime series. Areas of expertise specifically noted include criminal psychology, explosives, and trace element analysis. American Academy of Forensic Sciences >>

An explosion while a group of Indian peacekeepers were exercising in eastern Congo on Tuesday morning killed a young girl, injured 32 peacekeepers and sparked an angry demonstration that was dispersed by tear gas, U.N. officials and witnesses said. NY Times >>

Command and Control to Air on PBS in Early 2017

Based on author Eric Schlosser’s book of the same name, Command and Control tells the story of a terrifying accident in Damascus, Arkansas in 1980, when a worker at the Titan II missile complex dropped a socket, puncturing the fuel tank of an intercontinental ballistic missile armed with a nuclear warhead. This acclaimed Robert Kenner documentary is coming to PBS in early 2017 and will be available for free streaming and for purchase shortly after the broadcast. Nuclear Threat Initiative >>

Ebola Evolved Into Deadlier Enemy During the African Epidemic

A combination of factors contributed to its savagery, among them a mobile population, crumbling public health systems, official neglect and hazardous burial practices. But new research suggests another impetus: The virus may have evolved a new weapon against its human hosts. In studies published on Thursday in the journal Cell, two teams of scientists report that a genetic mutation may have made Ebola more deadly by improving the virus’s ability to enter human cells. NY Times >>

The National Institute of Standards and Technology (NIST) has released the Federal Laboratory Technology Transfer, Fiscal Year 2014, Summary Report to the President and Congress. Including both quantitative and qualitative measures of effectiveness, the report provides the most current comprehensive view of federal technology transfer efforts across 11 agencies. DomPrep >>

Did a diver find wreckage from a U.S. Air Force B-36 bomber that had crashed over British Columbia in 1950? The Canadian Navy has deployed a ship to explore the site and invited the diver to join them. Washington Post >>

The Kellogg-Briand Pact failed to prevent war because rising powers were not interested in maintaining the status quo. The Nuclear Ban Treaty seeks to negate the most powerful weapons on Earth – without the approval of states bearing these arms. Arms Control Wonk >>

To say nuclear containment is challenging is a bit of understatement. At the Hanford Site, a mostly decommissioned nuclear complex in the state of Washington, 55 million gallons of radioactive waste have been stored miles underground. Since 2012, reports of leakages started trickling in and according to the U.S. Department of Energy, the government will spend upwards of $150 billion in clean-up costs by 2090. Seeker >>

Like what you’re reading? Subscribe now to get the latest updates from CBRNE Central delivered direct to your inbox. 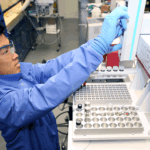 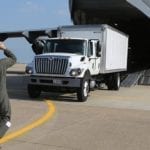