The team recovered six intact munitions, including four identified to potentially have a mustard agent or residue in them. The four rounds were separated for proper disposal to protect personnel and the environment.

“One of CARA’s primary mission is to conduct and support remediation operations at locations that have been identified to have tested conventional and chemical munitions,” said CARA Director Franz J. Amann. “In order for these installations and locations to reuse their real estate, site surveys have been completed. If anomalies of unexploded munitions are identified, the (U.S. Army) Corps of Engineers contracts for remediation operations to be conducted.”

CARA and CRT 4 provided a personnel decontamination station, packaging, air support and nonintrusive munition assessment at the site. To ensure that an adequate number of trained Soldiers were available for the entire effort, CARA team members conducted a 40-hour Occupational Safety and Health Administration certification course for the CRT 4 members.

During the mission, 18 seasoned Army civilians from CARA served at the remediation site. “This was a great opportunity for Soldiers to gain an appreciation of mitigation operations, applying what they have learned as a CBRN Soldier to the real world,” said Amann, a retired Army Chemical Corps officer from Spartanburg, South Carolina.

According to Kerry M. Jones, a CARA senior Unexploded Ordnance manager, the CRT 4 Soldiers were initially “green” about the civilian remediation process but emerged from the mission well trained and knowledgeable.

“This experience and knowledge will serve to enhance their understanding of chemical operations from a practical standpoint,” said Jones, a 20-year U.S. Army veteran from Chicago who has deployed to Haiti and Iraq.

CRT 4 Leader 1st Lt. Craig A. Neal said working with CARA gave his team the opportunity to see the enduring impact of a remediation effort.

“It was fantastic to take part in removing chemical munitions from the ground, packaging them and handing them off for further remediation,” said Neal. “To see that we had a permanent impact on restoring the area and that our team has now gone beyond training and into execution was the highlight of the mission for many, including myself.” 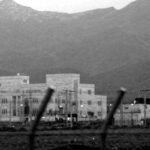 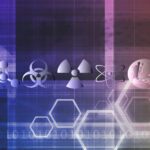