Cytori Therapeutics today announced that the Biomedical Advanced Research and Development Authority (BARDA) has executed an amendment of a contract option originally signed in August 2014 to fund continued investigation and development of Cytori Cell Therapy for use in thermal burn injuries.

“With these incremental funds, we can expedite the product development and clinical timelines by several months.”

The amended option is valued at $14.1 million, an increase of approximately $2 million from its original value of $12.1 million. Upon Investigational Device Exemption (IDE) approval by the FDA, BARDA anticipates providing additional funding to cover costs associated with the completion of a clinical trial, currently estimated at $8.3 million, bringing the combined contract option value up to $22.4 million.

The supplemental funds from this amended contract will be primarily used to support 2015 activities such as verification, testing and validation for delivery and processing of adipose-derived regenerative cells (ADRCs). Reports generated by the funded activities will be submitted to the FDA as part of an IDE package for a proposed clinical trial using Cytori Cell Therapy in thermal burn injury. The original contract retains two additional options to fund a pivotal clinical trial and additional work in thermal burn complicated by radiation exposure valued at up to $45 million and $23 million, respectively.

“We are pleased to see that once again, BARDA continues to show strong support and interest in Cytori Cell Therapy for this indication,” said Dr. Marc Hedrick, President and Chief Executive Officer of Cytori.“With these incremental funds, we can expedite the product development and clinical timelines by several months.”

The treatment of thermal burns remains a critical unmet medical need. Despite standard of care primarily consisting of dressings, skin grafts and skin substitutes, patients frequently suffer from pain, scarring, skin contracture and reduced range of motion. Autologous cell therapies such as those offered by Cytori have the potential to improve the quality and rate of wound healing and reduce scarring.

According to the American Burn Association, there were approximately 450,000 burn injuries in 2013 that required medical treatment in the United States, with approximately 40,000 requiring hospitalization. In a mass casualty event, the Government Accountability Office reports that as many as 10,000 patients could require thermal burn care. The limited number of specialist surgeons and burn centers in the U.S. creates a public health need for a burn wound therapy that can be quickly and broadly applied by non-specialist medical personnel following such an event. 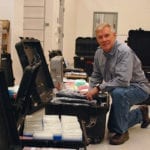 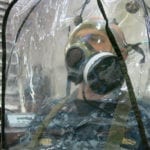