For 27 years Angola was gripped by civil war. Half a million human lives were lost and wildlife, too, was decimated to sustain troops. Rhino and elephants became valuable targets – rhino horn and ivory served as currency for arms among rebel forces.

During the conflict elephant populations fled across the border into Botswana, Zambia and the Democratic Republic of the Congo. When the war ended in 2002 animal populations slowly started to return to their pre-conflict grazing grounds. But a huge problem remained: millions of landmines were still in situ and undetonated across Angola. Many elephants were killed and maimed by the explosives as they attempted to recolonise.

Data collected from collared elephants moving through the affected areas showed herds avoiding minefields. This suggested that at least some of the returning elephants had associated minefields with danger. What could this association be based on? Had the minefield-avoiding elephants seen others killed in those areas? Or had they associated the smell of landmines with danger, extrapolating risk to other areas where the odour was present?

We couldn’t answer all these questions. To narrow down our search my colleagues and I set about finding out whether elephants could smell the main component of landmines – Trinitrotoluene (TNT).

TNT has a low volatility – the ease at which a substance moves into the air column. This makes it difficult to detect using smell. But some animals are excellent landmine sniffers – among them dogs and Gambian Pouched Rats. Bees are also good at it.

What gives an animal a wide sense of smell comes down to how many different kinds of olfactory receptors it has, and this is determined by the species’ genes.

African elephants have more than double the number of genes associated with olfactory reception compared with dogs: about 2000 versus dogs’ 811. This suggests that olfaction must play an enormous role in elephants’ lives. In fact, elephants have the highest count of any species tested to date, meaning that they could quite possibly be the best smellers in the animal kingdom.

Not only were we eager to find out whether they could detect TNT using olfaction, but also how their abilities compared to those of highly trained, TNT-detection dogs.

To do this, we enlisted the help of three African elephants at “Adventures With Elephants” – an educational tourism facility focused on raising awareness about conservation. Using reward-based training techniques, we trained the elephants to indicate whenever they could smell TNT among a lineup of blank, non-smelly samples initially and then later, highly volatile distractor odours.

Samples were individual filter papers loaded with trace amounts of one of the following odours: TNT; petroleum; acetone; bleach; detergent; tea; or nothing at all (blanks). These filter papers, or samples, were placed individually into a bucket, and sample buckets (eight in total) were placed 6 metres apart, in a straight line. The elephants were trained to walk along the line and investigate each bucket, raising their front leg and waving it over the selected bucket whenever they thought they could smell TNT. https://player.vimeo.com/video/238896128 Mussina, a female African elephant, is put through her TNT-sniffing paces.

The results suggest that elephants are even better at one aspect of the sniffing process than dogs, the animals currently considered the gold standard in landmine detection.

Two metrics, sensitivity and selectivity, are incredibly important in detection science. Measures of these allow researchers to understand how well a biodetector such as a dog or elephant is performing. They also allow for comparisons across species.

The elephants missed only one out of 97 TNT samples during our trials. This translated into a phenomenal sensitivity score of 99.7%. Sensitivity is the propensity to indicate whenever a target substance (in this case TNT) is present. In comparison, sensitivity scores for TNT-detection dogs have been reported as 93.7%.

The elephants only made six false-positive indications, mistaking five out of 53 acetone samples and one out of 24 petrol samples for TNT. This incredibly low frequency of false-positives resulted in a respectable selectivity score – that is, the propensity to only indicate TNT, and not just any odourous substance – of 95.1%. This is a bit shy of the 100% score reported for dogs.

So does this mean that elephants should take over TNT-sniffing dogs’ duties?

No, absolutely not. We have no intention of putting elephants in harm’s way: their sheer size and weight makes them completely unsuited to being infield TNT detectors.

But remote elephant teams could act as valuable support to current demining operations in countries like Angola.

Samples collected via Remote Explosive Scent Tracing by unmanned vehicles such as drones could be sent to the elephants for screening. The information gathered from TNT-detection elephants could be passed on to demining teams working at the front lines, even before they are deployed. This early warning system could potentially save the lives of the deminers and their dedicated biosensor companions.

Other Areas to Explore

Elephants’ ability to correctly identify and discriminate a learned scent from other odours suggests that they may also be useful in other biosensor fields such as early disease detection.

Detection dogs are used in medical and biological settings. I have used them myself as a biologically-relevant model to demonstrate that puff adders are undetectable via olfaction.

Specially trained dogs already screen for cancers, diabetes, epilepsy, alien invasives, harmful microbes and pests. Some scent-matching dogs are even able to match collected samples to individuals, forgoing the need for expensive and time-consuming genetic testing. The dogs’ performance in these fields is, in most cases, proving more reliable than mechanical devices.

Elephants could rival dogs’ sensitivity abilities in these fields, as they did for TNT-detection. They require less maintenance training than dogs to keep them on the target scent. Our elephants were able to repeat the same tests with high success a year after their last trial, with no intervening maintenance training.

In addition, given their longevity – they can live to around 60 years in the wild – elephants, once trained, could serve as long-standing biosensors that far outlive any of their current biosensor counterparts.

And, importantly, biologically appropriate tasks that engage natural behaviours to gain reward is highly stimulating for captive animals. So not only could elephants potentially save lives while sniffing out danger – they could have fun at the same time.

Ashadee Kay Miller is postgraduate student at the University of the Witwatersrand within the School of Animal, Plant and Environmental Sciences. She has published 5 peer-reviewed papers that span a range of topics from phenotypic plasticity in Dwarf chameleons to the digestive physiology of Rainbow Skinks. Most recently her work has concentrated on the realm of olfaction, assessing the potential application of African Elephants as TNT-detecting biosensors for life-saving demining operations, as well demonstrating scope for their application as early-disease detectors. By using teams of scent-matching dogs and meerkats, Ash and her team have for the first time in the world demonstrated chemical crypsis in a terrestrial vertebrate. As part of her PhD in ‘The Alexander Herp Lab’ she now aims to elucidate exactly how this snake species achieves its chemically cryptic status. 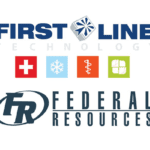