Trained dogs are incredible chemical sensors, far better at detecting explosives, narcotics and other substances than even the most advanced technological device. But training them with real hazardous substances can be dangerous and time-consuming.

Scientists from the U.S. National Institute of Standards and Technology (NIST) have been working to solve this problem by capturing the odors of the chemicals and concentrating them into materials that can safely be used for training canine detection teams.

The process relies on a jello-like material called polydimethylsiloxane (PDMS). By enclosing PDMS in a container with an explosive or narcotic for a few weeks, it absorbs the odors and can then be used to safely train as if it were the real thing. But a few weeks is a long time. NIST scientists developed a faster way to infuse PDMS with vapors. In the journal Forensic Chemistry, they describe warming compounds found in explosives, causing them to release vapors more quickly, then capturing those vapors with PDMS that is maintained at a cooler temperature, which allows it to absorb vapors more readily.

This two-temperature method cut the time it took to “charge” PDMS training aids from a few weeks to a few days.

“That time savings can be critical,” said NIST research chemist Bill MacCrehan. “If terrorists are using a new type of explosive, you don’t want to wait a month for the training aids to be ready.”

For this experiment, MacCrehan infused PDMS with vapors from dinitrotoluene (DNT), which is a low-level contaminant present in TNT explosives but the main odorant that dogs respond to when detecting TNT. He also infused PDMS with vapors from a small quantity of TNT. Co-authors at the Auburn University College of Veterinary Medicine then demonstrated that trained detection dogs responded to the DNT-infused PDMS training aids as if they were real TNT.

While this study focused on TNT as a proof of concept, MacCrehan says he believes the two-temperature method will also work with other explosives and with narcotics such as fentanyl. Some forms of fentanyl are so potent that inhaling a small amount can be harmful or fatal to humans and dogs. But by controlling how much vapor the PDMS absorbs, MacCrehan says, it should be possible to create safe training aids for fentanyl.

Other safe training aids already exist. Some are prepared by dissolving explosives and applying the solution to glass beads, for example. “But most have not been widely accepted in the canine detection community because their effectiveness has not been proven,” said Paul Waggoner, a co-author and co-director of Auburn’s Canine Performance Sciences Program. “If you put an explosive in a solvent, the dogs might actually be detecting the solvent, not the explosive.”

To test the two-temperature method, MacCrehan devised a PDMS “charging station” with a hot plate on one side and a cooling plate on the other. He prepared various samples by placing the DNT on the hot side, where the chemical was warmed to temperatures ranging from 30 to 35 degrees Celsius (86 to 95 degrees Fahrenheit) — well below the temperature that would cause TNT to detonate. The PDMS was kept a relatively cool 20 degrees Celsius, or about room temperature, on the other side of the charging station.

MacCrehan loaded the DNT-infused PDMS samples, which hold their charge for up to a few months, into perforated metal cans. He also loaded several cans with blanks — PDMS samples to which no vapors were added. He labeled the cans with codes and shipped them to Auburn University.

The researchers at Auburn had trained a team of six Labrador retrievers to detect TNT using real TNT explosives. They then conducted a study to determine if the dogs would alert to the PDMS from NIST samples as if it were real TNT.

This study was “double blind”: Neither the dog handlers nor the note-takers who scored the dogs’ responses knew which containers underwent which preparation. This is important because dogs are keenly attuned to the body language of their handlers. If the handlers knew which samples were prepared with DNT, they might inadvertently cue the dogs with the direction of their gaze, a subtle shift in body position or some other subconscious gesture. And if the note-takers knew which samples were which, they might over-interpret the dogs’ responses.

The dogs alerted to all the DNT-infused PDMS samples. They did not alert to the blanks, meaning that they were responding to the DNT, not to the PDMS itself. “They responded to the samples as if they were the real thing,” Waggoner said.

The dogs did not respond as consistently to PDMS that was infused with limited quantities of TNT. However, MacCrehan explains that the very small amounts of TNT he used for this purpose may not have contained sufficient amounts of DNT to fully infuse the samples.

MacCrehan is a laboratory chemist, not an animal behavior expert. But despite his technological orientation, he is amazed by dogs. He estimates that they are 10,000 to 100,000 times more sensitive than the most sophisticated analytical instruments. “We are nowhere near having a hand-held gizmo that can do what they do,” he said.

Abstract: Canine training aids based on vapor capture-and-release into a flexible polymer, polydimethylsiloxane (PDMS), have been used for in canine detection of explosives that have volatile or semi-volatile odorants. To enhance the rate of odor capture for less volatile targets, two temperatures are used for aid preparation. By using an elevated temperature for the target explosive, the amount of vapor is enhanced, increasing the production of the characteristic odor profile. The polymeric adsorbent is maintained at a cool temperature, favoring vapor capture. The success of this two-temperature approach is demonstrated for training aids targeting the low volatility explosive TNT using SPME (solid-phase microextraction) headspace analysis. In addition, the effect of using two temperatures on preparing training aids based on TNT and its more volatile impurities 2,4-DNT and 2,6-DNT are evaluated in canine trials. A thermal pretreatment to minimize the non-target odors in the PDMS polymer is presented. 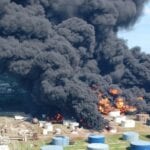 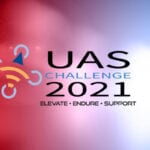