“We have long worked with neuroactive compounds utilized in our drugs for the treatment of neurological diseases like Multiple Sclerosis,” stated Rik J Deitsch, Chief Executive Officer of Nutra Pharma. “In much the same way that our therapies protect the nerves of patients with disease, our findings indicate that we may protect against — or at least mitigate the damage caused by — nerve agents that are utilized as chemical weapons,” he continued. “We are working on new intellectual property surrounding these findings and expect to have our products in testing shortly,” he concluded.

Nerve agents are identified as a class of phosphorus-containing organic chemicals (organophosphates) that may disrupt the transfer of messages to organs through the nerves. This disruption is caused by the over-stimulation of certain receptors on the surface of the neurons. These same receptors are the target of Nutra Pharma’s drugs, which may block the action of the nerve agents or minimize the damage that they may cause.

“The company has very encouraging preclinical data, a demonstrated molecular mechanism of action and a robust scientific rational for the continued commercial development of its nerve agent counter measure,” reported Dale VanderPutten, PhD, Chief Scientific Officer of Nutra Pharma. “Counter measures for organophosphate nerve agents such as VX and Sarin remain a troubling threat to American service people and civilians as evidenced by the recent attacks in Syria and Malaysia,” he continued. “Supply chain issues with existing counter measures and the safety and effectiveness of these drugs is a great concern. Based on our pre-clinical studies and experience in neurobiology products, we believe that we can have a superior product ready for testing in the near term,” Dr. VanderPutten concluded.

The International Security Group will utilize its expertise and contacts to cultivate commercial, government and academic development partners with expertise in the successful development of these potential biodefense products. 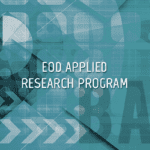