The U.S. Army Chemical, Biological, Radiological and Nuclear School is searching for competitors from across the Army for the 2019 Best CBRN Warrior Competition. The school is accepting applications now through March 15.

A maximum of 25 two-person teams will be accepted for the competition slated to be held from April 29 to May 3 on Fort Leonard Wood.

“Two Soldiers make a team, regardless of rank. So you could easily have a corporal with a captain — no restrictions,” said Sgt. Maj. Antonio Leonvega, 3rd Chemical Brigade S-3. “This year, we’re opening the competition to our sister services and international partners. Those teams must remain to those categories; in other words, you can’t mix a Soldier with a Marine and the same with international (service members.)”

Leonvega said commands are welcome to submit more packets than allocated slots. These teams will be screened and placed on a waiting list.

Col. Sean Crockett, 3rd Chemical Brigade commander, said the school moved this year’s competition dates, which are typically held in conjunction with CBRN Week in the end of June, up by a few months for a couple of reasons.

“First, to avoid the heat of the summer as much as possible,” Crockett said. “Next, this event is a major undertaking for the (school) and brigade staff. As such, we wanted to separate this event from the CBRN Regimental Week in June, which takes an equal staff-planning toll on our team.”

Competitors should be prepared to road march approximately 35 miles and compete in a variety of Soldier-related events, such as the Army Combat Fitness Test, land navigation, combatives, obstacle course, the Combat Water Survival Test, patrol base operations and zeroing/qualifying with a weapon.

Participants should also be prepared to compete in a myriad of CBRN related tasks and events.

Crockett said there are other changes this year of which competitors should take note.

“While we have reduced the days of this year’s event from five to three, we have significantly increased the rigor associated with this year’s event,” he said. “This is primarily a result of comments from competitors of last year’s event who complained of too much ‘down time.'”

“We are trying to make it more fluid so teams go from one event to the other, and teams should expect a balance between individual-level warrior tasks, CBRN tasks and being pushed physically,” Bell said.

Crockett concurred and said, “Rest assured, we fixed it this year — be ready.”

Winners of this year’s competition will return to Fort Leonard Wood June 28 for an award presentation scheduled to be held during the Green Dragon Ball.

Article edited for context and format by CBRNE Central. 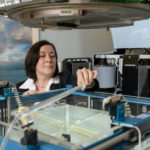 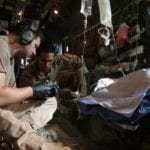