The 1st Area Medical Laboratory is leading a joint task force that is operating six Ebola testing laboratories in Liberia.

“Its mission is to support the Joint Forces Command-101st in executing its assigned mission of deploying and operating four Ebola testing labs placed throughout Liberia,” said Garman, a native of Troy, Ohio.

The 1st AML is part of the 20th CBRNE Command (Chemical, Biological, Radiological, Nuclear, Explosives), the U.S. Defense Department’s only command that combats chemical, biological, radiological, nuclear and explosive threats around the world.

According to Garman, his troops are working hard in hot and humid weather to support Operation United Assistance, the U.S. effort to contain the most deadly Ebola outbreak in history.

“Morale is high,” said Garman. “Our unit’s motto is Soldier – Scientist. It takes a well-trained Soldier to deploy an Army lab but it takes a highly educated and profession person to operate a lab.”

Garman said the Liberian people are grateful for his task force and the U.S. effort to end the Ebola outbreak.

“The Liberian people are very appreciative that we are here,” said Garman. “They want their country to heal and they are grateful the U.S. Army is helping.”

“This deployment has been fulfilling in a number of ways, chief among them is that we are not only helping to end the Ebola epidemic but we are also building some infrastructure through Ebola Treatment Units, labs and healthcare worker training that will help the Liberians keep it from coming back,” said Garman. 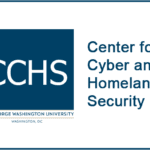