Remains of a fertiliser plant and other buildings and vehicles after the plant exploded in West, Texas, USA, 17 April 2013. Credit: EPA

At least 14 people – including a number of emergency services crew – died in an massive explosion on Wednesday night at a fertiliser plant in the small town of West near Waco, Texas. So what made the blaze so deadly, and could a similar loss of life happen in Australia?

You’ve probably seen the footage, much of which went viral within minutes of the blast – in particular, the chilling amateur video (see below) shot by Derrick Hurtt, in which his 12-year-old daughter Khloey pleads: “Dad, dad, I can’t hear anything, please get me out of here.” https://www.youtube.com/embed/ROrpKx3aIjA?wmode=transparent&start=0 Derrick Hurtt captured the explosion from his car.

At this stage, many questions are still unanswered. But from the available information, the explosion was most likely the result of ammonium nitrate fertiliser exceeding a critical temperature and breaking down into components that then reacted with each other, producing vast amounts of heat and gas.

There have been a number of similar episodes such as the Texas City Disaster in 1947, where more than 570 people died after a cargo ship laden with ammonium nitrate exploded.

It is stable except when it is contaminated with organic (carbon-based) material.

In practice, it is commonly mixed with fuel oil to form an industrial explosive (called ammonium nitrate/fuel oil, or ANFO) and is widely used in the mining industry.

In the case of the explosion in West, something had to heat the ammonium nitrate in the fertiliser factory to a critical temperature of 300C for it to auto-ignite.

Video evidence confirms a major high temperature fire was burning for some time before the detonation occurred.

At high temperatures, ammonium and nitrogen dioxide are formed when ammonium nitrate breaks down, and can react together to produce massive amounts of heat.

If the heat isn’t dissipated and the reaction rate is allowed to escalate, the reaction will eventually cause detonation.

In West, it would appear all the damage done was caused by the pressure wave generated by the blast rather than toxic gases, though this has not yet been confirmed.

An ammonium nitrate fire is difficult to fight.

Fire retardants that focus on excluding oxygen have no effect as the nitrate part of the molecule, which consists of one nitrogen and three oxygen atoms, provides all the necessary oxygen.

The only effective control is to remove the heat, which causes the explosive reaction, by flooding the area with water.

But it’s unknown if the firefighters who responded to the initial fire were even able to commence a water flood before the explosion, which happened minutes after they arrived.

Fire fighting is further complicated by the presence of other hazardous chemicals used to make the fertiliser, principally anhydrous ammonia (liquefied ammonia gas) and nitric acid.

The fire and explosion in West may have ruptured storage tanks, releasing toxic clouds of these materials.

Other complications could exist if the ammonia is produced on site by reacting natural gas with nitrogen present in the air.

Natural gas is, of course, flammable.

The injury and death toll from the explosion at West was mostly due to the fact that the fertiliser plant was so close to residential buildings.

Schools, apartment blocks, and a nursing home were located only a few hundred metres from the plant, as can be seen in the Google map below (the plant is marked with an “A”).

In 2007, the Department of Homeland Security introduced national standards for high-risk chemical facilities, but it focused more on the sale of ammonium nitrate than safe storage regulation.

Major plants in Brisbane and Newcastle are isolated from other buildings and located kilometres from residential zones.

Licences to produce ammonium nitrate are only granted in Australia to companies that demonstrate adequate safety controls.

While the Orica plant in Newcastle has recently been plagued by leaks, Australia’s controls mean an event like the explosion in West on Wednesday is unlikely to occur – and if it does, the consequences will not be as devastating.

David Cliff, Professor of Occupational Health and Safety in Mining, The University of Queensland. David Cliff was appointed Professor of Occupational Health and Safety in Mining and Director of MISHC in 2011. His primary role is providing education, applied research and consulting in health and safety in the mining and minerals processing industry. He has been at MISHC over twelve years. Previously David was the Safety and Health Adviser to the Queensland Mining Council, and prior to that Manager of Mining Research at the Safety In Mines Testing and Research Station. In these capacities he has provided expert assistance in the areas of health and safety to the mining industry for over twenty three years. He has particular expertise in emergency preparedness, gas analysis, spontaneous combustion, fires and explosions, including providing expert testimony to the Moura No,2 Warden’s inquiry and the Pike River Royal Commission. In recent times he has also devoted a lot of energy to fitness for duty issues particularly fatigue management. He has been a member of the organising committee for the level one emergency exercises in Queensland underground coal mines since their inception in 1998. He has also attended or provided assistance in over 30 incidents at mines. David has also extensive experience in providing training and education in OHS in mining to in many countries. 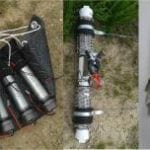 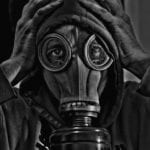