Veterans aren’t surprised when they suffer hearing loss after combat exposure to explosions, but they may be surprised to know that their vision may also suffer.

The University at Buffalo (UB) has received a grant from the U.S. Department of Veterans Affairs to study how that vision loss occurs and how it might be prevented.

The new study on vision loss in blast victims further examines why veterans in combat zones who are exposed to blast overpressure, such as shock waves from improvised explosive devices (IEDs), often experience injury to multiple tissues and organs, including the brain, a condition known as polytrauma.

“Most reports about eye injuries from blast focus on immediate and overt trauma to the eye that requires surgical intervention,” says Steven J. Fliesler, PhD., lead investigator. “Little is known, however, about how injuries that are not overtly apparent affect the retina per se especially because these injuries may take many weeks or months to manifest.”

The research Fliesler and his colleagues are beginning will identify exactly how such injuries are caused. The grant will focus initially on the basic biological mechanisms involved in these injuries and will progress toward the development and testing of compounds that could prevent or minimize such injuries before soldiers are exposed to blasts.

“The idea is to first identify the molecular signatures in the retina that occur following blast overpressure exposure, which signifies that damage is occurring,” explains Fliesler. “It’s analogous to how miners used canaries to detect toxic gases in mine shafts as an advanced warning of danger.”

“Our hypothesis is that the damage to the retina after exposure to blast overpressure is preceded by a rise in free radicals and specific biomarkers associated with oxidative stress,” he explained. “We are hopeful that by administering powerful anti-oxidants to soldiers before they go into combat, we might be able to prevent or minimize the retinal damage that results from blast exposure.

Fliesler adds that while veterans are the intended beneficiaries of this research, the study may also potentially benefit civilians who experience retinal damage as a result of similar types of exposure in industrial settings. 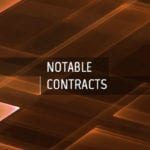 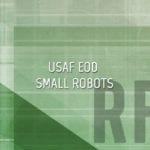