The highest impact for casualties from a chemical, biological, radiological or nuclear (CBRN) material could be an indoor environment since most of the world’s population lives in urban areas and most people spend a majority of their time indoors.

For example, in the United States, 80 percent of the population lives in urban areas and approximately 86 percent or more of a person’s time is spent indoors. Therefore, modeling and predicting the contamination and human effects in an urban-indoor environment will assist military personnel and first-responders in assessing the threat and developing mitigation strategies. Evacuation plans and areas to decontaminate can be evaluated with the appropriate modeling system.

The Urban Subsystem (USS) is a project managed by the Defense Threat Reduction Agency’s Joint Science and Technology Office to develop a new modeling capability that merges DTRA-funded outdoor hazard models with indoor hazard models. This now allows the prediction of CBRN contaminations from releases of material occurring in both indoor and outdoor environments.

So far, over 150 major urban areas worldwide have been characterized with building data. The USS is being released in version 6.3 of the Hazard Prediction and Assessment Capability (HPAC) modeling software, where it will be tested, evaluated and validated before being transitioned to the program of record, Joint Effects Model.

Over the last several years JSTO has been investing in the development of several urban dispersion models. Funded technologies include the Urban Dispersion Model (UDM), Micro-SWIFT/SPRAY (MSS), and follow-on developments to the indoor model CONTAM.

Developed in conjunction with the United Kingdom’s Defence Science and Technology Laboratory, UDM has been in HPAC for years and has a reputable history within the community. UDM is a semi-empirical model that uses experimental data to determine the spread of contaminant clouds based on building arrays and densities.

This simple approach is fast-running and performed very well in validation studies conducted against real-world data, such as the Joint Urban 2003 field experiment conducted in Oklahoma City. However, one weakness with the approach is its coarseness. The methodology that UDM uses does not allow for the resolution of fine-scale phenomena in the urban flow fields, which is needed to perform indoor dispersion calculations.

Therefore, JSTO has also been funding the development of MSS, a highly resolved model. This model calculates the complex wind fields and eddies that occur in the urban environment explicitly and provides the necessary parameters for the indoor models. UDM and MSS have been coupled to create a “nested” urban model, where MSS is utilized closer to the source of release, and UDM is used as the contaminant plume gets farther from the source when resolution becomes less important.

The indoor dispersion model that has been linked to UDM and MSS is named CONTAM, which has been developed by the National Institute of Standards and Technology and the Lawrence Berkeley National Laboratory. CONTAM calculates the concentration, deposition and dosages of CBRN materials inside buildings and can take into account many complex dispersion mechanisms, such as the infiltration, heating, ventilating, and air conditioning, exfiltration, deposition and re-suspension. JSTO has funded the implementation and integration of CONTAM into the USS, which has been performed by the Naval Surface Warfare Center at Dahlgren.

The complicated linking of systems now allows the warfighter to perform comprehensive CBRN modeling in urban areas. Consider this: A release of nerve agent in a city in the military’s area of operations; the release is outside a large office building and the winds carry the agent around and into this building and several of the surrounding buildings.

Utilizing USS, warfighters can model the resulting plume with the contaminated areas and associated casualties. This results in stronger situational awareness, providing warfighters with more accurate courses of action for evacuation and decontamination while assisting with the development of mitigation plans. 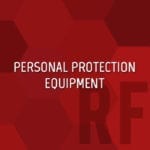 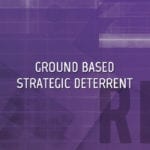