Command Sgt. Maj. Kenneth Graham, the senior enlisted advisor for the 20th Chemical, Biological, Radiological, Nuclear, Explosives (CBRNE) Command, discusses forthcoming events with his team during their monthly meeting on March 29, 2016, at the Edgewood Post Chapel in Aberdeen Proving Ground, Maryland. Graham will retire after 31 years of military service during a ceremony on Dec. 14.

“I joined the Army as a ‘chemical’ Soldier, so I’ve been a ‘True-Blue Chem Dawg’ the whole way through,” noted Graham.

With experience in areas such as CBRN, Combat Operational Testing and Chemical Materials Activity, Graham plans on making the Edgewood/Aberdeen, Maryland area his home after retirement.

“There’s plenty of jobs in the area for someone of my skill set,” he said. “This is kind of like the CBRN mecca, if there is such a thing.”

Although he leaves the command mid-December, his official date of retirement will be in March 2019. In the meantime, he will be on leave spending time with family and working on some home projects.

“Command Sgt. Maj. Graham is constantly working to improve himself and challenge himself,” said Brig. Gen. James Bonner, commanding general, 20th CBRNE Command, and battle buddy to Graham. “He always has home improvement projects and is currently working towards his Master’s Degree.”

“I’ve had a lot of great leaders along the way; first sergeants, platoon sergeants and commanders in Desert Storm and throughout my military career who shaped and molded me,” Graham said. “I did what I was told, and I’m the end product of that.”

Graham also gave a lot of credit to his parents for his success in the military. He grew up in Warren, Ohio, where his mom retired from General Electric and his dad was a steel worker who also did a variety of construction jobs.

When asked about some of his biggest achievements, Graham noted that getting his unit, the 21st Chemical Company, back from deployment without any casualties.

“When I was a first sergeant, I deployed the 21st Chem to Iraq, and I brought all of my Soldiers home safe,” he said. “I wouldn’t call that an achievement, but mission accomplished. It was definitely a highlight of my career, but I didn’t do it on my own; it was everybody.”

His previous commander, retired Brig. Gen. William King IV, said he saw these qualities and more when he selected him to be his adviser.

“I have known Command Sgt. Maj. Ken Graham for more than 20 years,” said King. “He has always been, and continues to this day to be, a leader who leads from his heart, who truly believes in the mission, which resonates through the entire formation in a way that increases devotion to the unit and creates a sense of empowerment and confidence, regardless of the task that is at hand.”

“It has been my honor to serve with Command Sgt. Maj. Graham,” said Bonner. “He has been defined by his love for his family, which includes his Soldiers, and the impacts he made on so many that were fortunate to experience his leadership, mentorship and friendship.”

The Ancient Order of the Dragon award is presented to Soldiers who demonstrate the highest standards of integrity and moral character, an outstanding degree of professional competence, and contribute to the promotion of the Chemical Corps in numerous ways over the course of their careers.

The Ancient Order of the Dragon has a time criteria, which Graham surpassed since he has been a CBRN specialist his whole career. 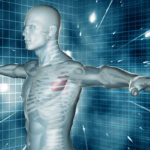 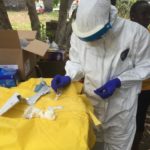