It may be surprising to many that the Cooperative Threat Reduction (CTR) nuclear security program attained access to Russian nuclear warhead storage sites that went beyond the verification measures of any previous nuclear arms control agreement. Arms control treaties provide access for U.S. inspectors to military bases where nuclear delivery systems are deployed and, and under the INF treaty, there was portal monitoring of missile production facilities. Access to the nuclear warhead storage sites, however, where non-deployed tactical and strategic nuclear warheads are stored and maintained, was never authorized under any treaty or agreement – until CTR.

So how did CTR program teams gain permission to visit, given the sites’ extreme sensitivity? The answer is that the objective of the CTR program was never to gain site access or gather intelligence on Russian nuclear weapons and weapons storage sites. The objective was to enhance nuclear security – and the United States and Russia were both strongly committed to achieving that goal.

The CTR Site Access story shows that negotiations do not have to be about extracting concessions but discovering common goals. It is critical to be up front and honest and to present positions consistently, explain the reasons, explain who and why. 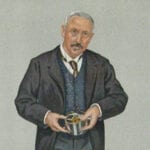