This year marks the 30th anniversary of relations between the United States and an independent and sovereign Kazakhstan. Source: US Embassy & Consulate in Kazakhstan

The Defense Threat Reduction Agency will join partners in Kazakhstan to share the story of their work over three decades to secure the former nuclear test site through a year-long communications campaign, “Securing Semipalatinsk: Nuclear Weapons Heritage, Non-Proliferation Legacy.”

This year marks the 30th anniversary of three significant milestones: the closure of the Semipalatinsk Test Site, also known as “The Polygon”, on August 29, 1991, the creation of the Cooperative Threat Reduction program on December 12, 1991, and Kazakhstan’s independence on December 16, 1991.

The Semipalatinsk nuclear test site (STS) is located in the present East-Kazakhstan Oblast (or administrative division) of Kazakhstan. The STS was a major site for nuclear weapons testing by the former Soviet Union, and it was where the former Soviet Union conducted their first nuclear test on August 29, 1949. Afterwards, 456 nuclear explosions were carried out between 1949 and 1989, including 111 atmospheric events (86 air events and 25 surface events) between 1949 and 1962.

Located in remote eastern Kazakhstan, the STS occupies approximately 18,000 square kilometers, almost the size of New Jersey and over five times the size of the Nevada Test Site.

After the collapse of the Soviet Union in 1991, the testing not only ceased, but many of the scientists and military personnel abandoned the site and fled the country. They left behind a vast complex of tunnels and boreholes across the test site. Most worrisome, the Soviets left unexpended nuclear materials, completely unsecure, presenting an extreme danger to the public and a significant proliferation risk to the world. The people of the newly-formed Republic of Kazakhstan looked to their new government to solve the problem.

“There was a very strong non-nuclear sentiment in the newly formed country of Kazakhstan at the time,” said Luke Kluchko who was the first project manager from the then Defense Nuclear Agency (DNA), now DTRA, who assisted in helping Kazakhstan recover from the disaster left behind from the Soviets.

“The country’s first president, Nursultan Nazarbayev, immediately declared the site closed. There was a cancelled nuclear test that the Soviets had been preparing which remained in a tunnel for a number of years until they could figure out what to do with it,” Kluchko said.

To properly eliminate the workings of the test site, Kazakhstan created the National Nuclear Center (NNC) on May 15, 1993. The current General Director for the NNC, Erlan Gadletovich Batyrbekov, said that after the closing of the test site, a new set of issues came up that needed to be resolved by their government.

“It was necessary to eliminate the infrastructure of nuclear weapons testing,” Batyrbekov said. “It was necessary to resolve the issues associated with eliminating the consequences of testing such weapons. There was much concern about how to accomplish this large and serious task.”

In the summer of 1994, Kluchko represented the DNA as part of a U.S. interagency expedition to the test site that spent six weeks assessing the Degelen Mountain area of the Semipalatinsk Test Site. After the Partial Nuclear Test Ban Treaty was signed in 1963, and test detonations of nuclear weapons in the atmosphere, outer space and underwater became prohibited, the Soviets used the Degelen Mountain site for 186 of the 340 underground nuclear tests conducted at Semipalatinsk.

“As a group, we were able to suggest to the NNC leadership that it would be in everyone’s best interest to quickly and safely seal the nuclear test tunnels,” Kluchko said. “All whose portals were wide open, 181 of them,” he said.

Shortly thereafter, the Republic of Kazakhstan sent an official request to United States Secretary of Defense William Perry to consider providing assistance to safely eliminate its infrastructure of nuclear testing. The assistance would come from the Nunn-Lugar Cooperative Threat Reduction (CTR) program, which would be absorbed into DTRA in 1998.

“The project started in earnest,” said Kluchko. “Within a year we destroyed the first tunnel and did about 60 tunnels per year. Essentially within 36 months, we were able to complete the infrastructure elimination process,” he said.

In the following years, evidence of scavenging activity at STS, coupled with the increased focus on nuclear terrorism after September 11, led to an assessment that nuclear material remaining in the tunnels was vulnerable. An unprecedented collaboration between former Soviet and U.S. weapons scientists concluded that over a dozen weapons worth of nuclear material likely remained at the site.

Russia, Kazakhstan, and the United States concluded the material was vulnerable enough to require a sustained effort to secure areas of STS. Scientists and policymakers identified over 40 tunnels that posed sufficient risk to be included in the work plan. DoD’s CTR Program managed the project for the United States, with technical support from LANL.

Work crews entombed the material in special cement, plugged and collapsed the tunnels, and resealed and concealed the tunnel portals. The special cement rendered the nuclear material inaccessible except through a large-scale, easily-observable mining and recovery effort.

During the 2021 year of celebration, products will be shared via DTRA’s social media platforms, @DODDTRA on Twitter, Instragram, and YouTube and ‘Defense Threat Reduction Agency’ on Facebook using the hashtags #SecuringSemipalatinsk and #CTR30, and will be accessible via DTRA’s website. 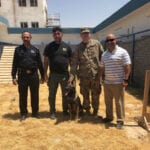 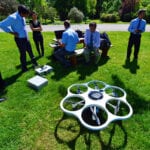