The EU Centres of Excellence initiative refers to the establishment of regional platforms in different regions of the world to tackle chemical, biological, radiological and nuclear (CBRN) risks. It is the single biggest measure in the long term component of the Instrument for Stability and was allocated 100 million euro for the period 2010-2013.

A special report published this week by the European Court of Auditors is generally positive about the contribution that these Centres of Excellence can make to mitigate the CBRN risks.

“Initiatives of this nature have a special significance, at this point in time, due to the increase in terrorist threats and the number of tense political situations worldwide. They provide the framework for close cooperation, as was recently evidenced during the Ebola crisis in West Africa,” states the report.

As the partners to the initiative frequently face difficult challenges, maintaining their confidence and commitment is a key issue. “The Commission should spread its resources carefully in order to maximise the impact of the initiative”, stated Mr Karel Pinxten, the ECA member responsible for this report.

The initiative is in line with the priorities established in the European security strategy and the EU strategy against the proliferation of weapons of mass destruction. It provides for the involvement of all stakeholders in the partner countries, thus enhancing the prospects for the sustainability of the actions taken.

The organizational set-up is complex but is generally appropriate. This complexity, however, contributed to delays at the start of the initiative in getting projects up and running. Some of the key elements in the implementation plan such as the “needs assessments” were slow to get off the ground.

The recommendations emanating from the report are intended to ensure that funds are allocated where they are most relevant for EU security and that cooperation and monitoring are improved, particularly at local level.

The Centres of Excellence, consisting of the partner countries in the regions, are supported by Regional Secretariats in the following locations: Algiers, Amman, Manila, Nairobi, Rabat and Tbilisi.

Read the report: Can the EU’s Centres of Excellence initiative contribute effectively to mitigating chemical, biological, radiological and nuclear risks from outside the EU? (.pdf) 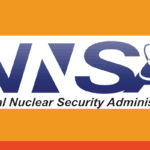 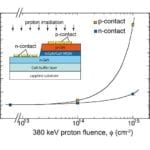