Topics in this issue include Russia’s objections to the new UN report on Syria’s use of chemical weapons, communities cooperating on funding to keep Hazmat teams from shuttering, and using nano-tubes inserted in vegetation to detect nitro-aromatics.

Fears Mount of IS Resorting to Chemical Warfare

The sulfur dioxide fire Islamic State militants triggered last week is only the first stage in a plan that will see the extremists resort to chemical warfare in a bid to stave off Iraqi and Kurdish forces from retaking Mosul, the terror group’s last major urban stronghold in Iraq, military experts fear. Voice of America >>

ISIS Sent Four Car Bombs. The Last One Hit Me.

“We climbed into a huge Iraqi Army MRAP — a mine-resistant, ambush-protected vehicle — in the middle of a large convoy of vehicles preparing to leave for Bartella. As we set out, though, the crew was told that our vehicle would be leading the way, transporting the ordnance disposal experts who would be working to clear the convoy’s routes through the fields and villages south of the highway…” NY Times >>

How to Fix the National Laboratories

The Department of Energy’s National Laboratories are a core engine of the U.S. national innovation system but one in urgent need of a tune-up if the United States is to meet the pressing challenges of energy security and climate change mitigation. National Interest >>

Hazmat 1 serves eight Kentucky counties in the Purchase District. It received a $1.5 million grant after 9/11 from the U.S. Department of Homeland Security in 2004. That funding was a one-time thing, according to Hazmat 1 team leader Steve Kyle. Because there hasn’t been additional federal or state funding, he said the group could have easily dissolved. While some hazardous materials teams are shutting down in Kentucky, Hazmat 1 is sticking around because of contributions from surrounding counties. WPSD >>

India voiced deep concern over terror groups acquiring chemical weapons, asserting that the international community must take urgent measures and decisive actions to prevent possibility of any future use of such weapons. India has a growing chemical industry and the second largest number of declared facilities, and receives a large number of OPCW inspections. Tribune India >>

The Prescott Fire Department and Central Arizona Fire and Medical Authority this month put into service their new, jointly purchased HAZMAT response vehicle. Each agency paid half of the bill for the new truck, replacing an old HAZMAT van/truck that the team has used for 20 years which was well beyond its service life. The response truck will be jointly staffed between both agencies and moved on a quarterly basis between the two agencies’ HAZMAT stations. Daily Courier >>

Russia on Thursday rejected the findings of a chemical weapons investigation led by the United Nations that found Syrian forces had used chlorine bombs at least three times in the past two years. During a Security Council meeting, Russia called the investigators’ findings inconclusive and no basis for punitive action. The response intensified the bitter rift between Western nations and Russia over the Syria war. NY Times >>

A white powdery substance was discovered Oct. 26 at the New Haven Register. The substance arrived in a letter or package, though it’s not yet known if USPS or a private delivery service brought it, or where it came from. Investigations determined the substance was not toxic, and the scene was cleared. Fox61 Hartford >>

Persuading “paranoid” North Korea to stop building nuclear weapons is probably a lost cause and efforts to cap its capability are the best hope, according to the US director of national intelligence. James Clapper’s comments come amid mounting concern that the North is moving closer toward having a nuclear-tipped missile that could reach the American mainland. The Guardian >>

Scientists have transformed the humble spinach plant into a bomb detector. By embedding tiny tubes in the plants’ leaves, they can be made to pick up chemicals called nitro-aromatics, which are found in landmines and buried munitions. Real-time information can then be wirelessly relayed to a handheld device. BBC News >>

A shipload of gravel is causing controversy in French Polynesia amid campaigners’ concerns that it could be contaminated with plutonium from nuclear tests. The cargo has been unloaded in the port town of Rikitea, on Mangareva island, against the wishes of island leaders. It has been transported 800km (500 miles) from Hao atoll, used as a military base by France when it carried out nuclear weapons tests in the Pacific. BBC News >>

Why the CTBT Remains an Elusive Goal

The last multilateral negotiations in the field of nuclear disarmament took place more than 20 years ago, resulting in the long awaited Comprehensive Test Ban Treaty. The treaty, however, has yet to enter into force. This paper argues that the reason for the CTBT’s elusiveness is that during negotiations, some key states sought to convert the treaty into more of an instrument of non-proliferation, rather than a first step towards ending the nuclear arms race. Observer Research Foundation >>

From the mid-1940s to the early 1960s, the Air Force explored the idea of small-reactor-powered aircraft. During the Cold War, the U.S. developed low-yield tactical nuclear weapons like RAND Physicist Sam Cohen’s neutron bomb. Still, smaller-is-better ambitions among nuclear energy and weapons scientists remained exceptions to the norm. But, in the twenty-first century, this thinking may well be reversed. Forbes >>

Like what you’re reading? Sign up now to get the latest CBRNE Central news direct to your inbox. 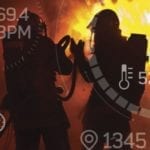