Amnesty International said on Thursday that Sudanese government forces had laid waste to dozens of villages in the restive region of Darfur, bombing them from the air, burning homes, looting livestock and raping women — while preventing United Nations peacekeepers from going there to protect civilians. NY Times >>

Mass casualty decontamination is an intervention employed by first responders at the scene of an incident involving noxious contaminants.  Many countries have sought to address the challenge of decontaminating large numbers of affected casualties through the provision of rapidly deployable temporary showering structures, with accompanying decontamination protocols.  In this paper we review decontamination guidance for emergency responders and associated research evidence, in order to establish to what extent psychosocial aspects of casualty management have been considered within these documents. PLOS Currents Disasters >>

Chemical Weapons in Syria: Will There Be Justice for a Serial Offender?

The first signs of what would become an abhorrent new twist in the Syrian civil war—the use of chemical weapons—started to appear in late 2012, yet at the time the relatively small scale of the incidents made it hard to figure out just what was occurring. Before long, however, social media images from the war zone, accounts of medical professionals treating victims, and analysis of samples from the attack sites pointed to Assad’s military as the primary chemical culprit.  Bulletin of the Atomic Scientist >>

Before this year ends, the United Nations general assembly can take a decisive step toward ending one of the most urgent threats to public health and human survival in the world today. UN member states can and must mandate negotiations on a new treaty that prohibits nuclear weapons. The Guardian >>

Hillary Clinton expressed doubts about whether the United States should go forward with a trillion-dollar modernization of its nuclear forces at a fund-raiser in February, questioning an Obama administration plan that she has remained largely silent on in public. NY Times >>

Chlorine is a widely available toxic chemical that has been repeatedly used in armed conflict globally. The Organization for the Prohibition of Chemical Weapons (OPCW) have on numerous occasions found “compelling confirmation” that chlorine gas has been used against civilians in northern Syria. However, currently, there are no analytical methods available to un-ambiguously prove chlorine gas exposure. Analytical Chemistry >>

The European Union’s counter-terrorism coordinator fears that foreign fighters could launch attacks in Europe with chemical weapons, using techniques learned in Syria and Iraq. Gilles de Kerchove said Wednesday that “I hope that no one will come back from Syria with the knowledge of how to weaponize chemical stuff and… car bombs. They have learned how to do it in Syria and Iraq.” CTV News >>

How can we ensure effective implementation of the Convention on the Physical Protection of Nuclear Material (CPPNM) and its Amendment, which entered into force on 8 May this year, and facilitate universal adherence to this key nuclear security agreement? This was the focus of discussion between Member States representatives and IAEA experts today at the IAEA General Conference’s Treaty Event. IAEA >> 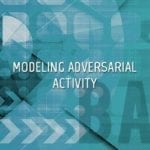