The Federal Emergency Management Agency has reassigned the superintendent of Anniston’s Center for Domestic Preparedness, as the agency continues to make changes following the discovery of toxic Ricin in its training materials. AL.com >>

How to Make the Nuclear Button Safer

Concerns about the absence of checks and balances on the first use of nuclear weapons have spiked because of Donald J. Trump’s bellicose temperament and shallow understanding of nuclear flash points. These concerns have led some on Capitol Hill to introduce legislation that would prohibit the president from launching a nuclear first strike without a declaration of war by Congress. The intention is understandable, but this remedy is unworkable and unachievable. NY Times >>

In order to offset spending for a border wall as well as other defense programs, the Trump White House Administration has put forth proposed cuts to Congress which include a $49 million reduction to the Public Health Emergency Preparedness Program in the current fiscal year. Any cut to the PHEP program makes Americans less safe. For the past decade Congress has continually cut PHEP funding, bringing the program from a high of $1 billion in 2003 to $660 million in FY2016. None of us can afford to allow further cuts to this vital CDC program. Register-Mail >>

Three leaders of the House Energy and Commerce Committee have sent a letter asking President Donald J. Trump to fill current and future vacancies at the Nuclear Regulatory Commission. “Absent a nomination and confirmation of additional commissioners, the Commission will lack a quorum on July 1 when Chairman Svinicki’s current term expires. This situation could severely inhibit the NRC’s ability to execute its vital responsibility and hamper the nuclear industry.” Occupational Health & Safety >>

It Didn’t Have to Be This Way: Finding Leverage in Syria

In the event of suspected noncompliance, a state party can call on the OPCW to inspect the territory of another signatory. As a party to the convention, Syria is obligated to grant the OPCW access. To facilitate this arrangement, the Syrian regime, Russia, and the insurgents in the area would have to agree to a ceasefire to allow for independent inspections that allows the OPCW to make a determinative judgement about the perpetrator of the attack. This would be a departure from the approach taken to Ghoutta in 2013. If Syria resists, it would be in further violation of its convention obligations. Russia, too, would be undermining an international norm that it purports to support, and indirectly confirming regime culpability. War On The Rocks >>

Researchers have developed a system combining lasers and bacteria to remotely map the location of buried landmines and unexploded ordnance. The system is based on the observation that all landmines leak minute quantities of explosive vapors, which accumulate in the soil above them and serve as markers for their presence. The researchers molecularly engineered live bacteria that emit a fluorescent signal when they come into contact with these vapors. This signal can be recorded and quantified from a remote location. Phys.org >>

Around 40 government representatives as well as military, industrial and research experts met end of March in Vienna for the kick-off meeting for three new projects which will be run by the European Defence Agency within the EDA IED Detection (IEDDET) programme. IEDDET aims to develop and demonstrate multisensor detection systems for countering Improvised Explosive Devices (IED) in order to support the development of improved Route Clearance Capabilities for the contributing nations. European Defense Agency >>

“EOD is a volunteer-only MOS,” said Staff Sgt. Trevor Hicks, an EOD team leader and supply chief with Headquarters and Headquarters Squadron (HHS) EOD. “Explosives are the number one cause of injuries to our Marines; being able to counteract some of that is some of the most rewarding work I could do.” DVIDS >>

An hour before dawn on Thursday, a lone and still unidentified driver motored her car to Naval Air Station North Island’s bustling main gate and told a guard that it might be carrying a bomb. Although the threat was a hoax, Naval Criminal Investigative Service agents detained the suspect for interrogation. Authorities describe her only as a Navy petty officer. San Diego Tribune >>

ICRC and the Ethiopia National Defense Forces (ENDF) provided EOD training for staff from the ENDF’s demining units in March at military facilities in Entoto and the Awash Military Areba Training Camp. Twenty-three mine action staff took part in four weeks of training during which they reviewed basic skills, tried new equipment and carried out practical training. ICRC >>

The White House accused Russia on Tuesday of engaging in a cover-up of the Syrian government’s role in a chemical weapons attack last week, saying that United States intelligence had confirmed that the Assad regime used sarin gas on its own people. A four-page report drawn up by the National Security Council contains declassified United States intelligence on the attack and a rebuttal of Moscow’s claim that insurgents unleashed the gas to frame the Syrian government. Instead, the White House asserted that Damascus and Moscow had released “false narratives” to mislead the world. NY Times >>

Much of the trade is financed by Iran, one of Assad’s main backers. Iran is also North Korea’s biggest customer for its arms sales. Collaboration and arms sales between the two dictatorships goes back decades, to the time of the fathers of the current rulers of Syria and North Korea. The illicit arms trade is of huge importance to North Korea. “Illicit activity is worth more than 40% of the real North Korean economy,” says Bechtol. “And of that 40%, more than two-thirds of it is weapons proliferation.” USA Today >>

The bio-medical samples collected from three victims during their autopsy were analysed at two OPCW designated laboratories. The results of the analysis indicate that the victims were exposed to Sarin or a Sarin-like substance. Bio-medical samples from seven individuals undergoing treatment at hospitals were also analysed in two other OPCW designated laboratories. Similarly, the results of these analyses indicate exposure to Sarin or a Sarin-like substance. OPCW >>

Mattis, speaking at a news conference with Israeli Defense Minister Avigdor Lieberman, said there was “no doubt” that the Syrian government has retained stockpiles of chemical weapons in violation of a United Nations Security Council resolution from 2013 that called for their removal. Mattis, on a swing through the Middle East that includes stops in Egypt, Saudi Arabia and Qatar, warned that Syria would be “ill advised” to use chemical weapons in the future, saying that “we’ve made that very clear with our strike” two weeks ago. LA Times >>

Better medical responses to the accidental or intentional release of inhaled toxic chemicals are being developed, but the field faces considerable challenges, according to a new report by an international panel of experts. They noted that hurdles to ongoing research in the field “include the relative rarity and unpredictability of toxic inhalational events” and “inherent ethical constraints restricting research and testing in humans.”

The source of smuggled radioactive material or the plutonium in a nuclear detonation will be easier to trace with the launch of a new project at Pacific Northwest National Laboratory. The national lab in Richland will work with the Department of Homeland Security’s Domestic Nuclear Detection Office to process and analyze small samples of the radioactive isotope used in nuclear weapons. Tri-City Herald >>

State lawmakers in Hawaii have formally asked the Department of Defense to help with nuclear disaster preparedness in the state. Such plans haven’t been updated at the local level in decades, since 1985, according to the Hawaii Emergency Management Agency. In the early 1980s, Hawaii’s fallout shelters were still stocked with medical kits and food. But those supplies have long since been thrown out, and funding for such shelters evaporated. The Atlantic >>

Teardown to Begin Soon at Hanford’s Most Contaminated Building Area

Marcos Dantus, a professor at Michigan State University, has pioneered the use of spectrally and temporally shaped ultrafast pulses as photonic reagents to probe molecular properties, control chemical reactions and for practical applications such as biomedical imaging, proteomics and standoff detection of explosives. Laboratory Equipment >>

CBRN Information Appropriate – We May be Wiser, But is it Useful?

A usability study was conducted to see whether one of the main hazmat CBRN tools was providing appropriate information and capabilities, in a format that was useful to users. Five performer groups were used, including first responders, hazmat specialists, EMS, hospital providers, and preparedness planners. Cambridge.org >>

This study describes the implementation of a test plan at an intermediate scale (between bench scale and large scale or wide area) to evaluate decontamination procedures, materials, technologies, and techniques for removal of radioactive material from various surfaces. Two radioisotopes were tested: cesium-137 (137Cs) and the short-lived simulant to 137Cs, rubidium-86 (86Rb). Two types of decontamination hydrogel products were evaluated: DeconGelTM and Argonne SuperGel. ASME >>

Mechanism and Kinetics for Reaction of the Chemical Warfare Agent Simulant, DMMP(g), with Zirconium (IV) MOFs

Kinetic Modeling of the Thermal Destruction of Nitrogen Mustard Gas

The destruction of stockpiles or unexploded ammunitions of nitrogen mustard (tris(2-chloroethyl)amine, HN-3) requires the development of safe processes. Because of the high-level of toxicity of this chemical, there is a considerable lack of knowledge on the chemical kinetics at high temperatures. In this study, a detailed chemical kinetic model for the pyrolysis of nitrogen mustard gas is developed based on a large number of thermokinetic parameters calculated with theoretical chemistry. Journal of Physical Chemistry >>

Wreaths Across America teamed up with the Explosive Ordnance Disposal Warrior Foundation Saturday for a unique remembrance. Volunteers placed dog tags on 326 trees in honor of each of the fallen EOD technicians killed in action. EOD technicians are highly trained and serve throughout all branches of the military-responsible for disarming and disposing of bombs. WABI TV >>>

What Fukushima Disaster Taught Me About Risk Management In Cybersecurity

After the disaster, my perspective had changed and I began to view the whole field of IT security through the broader lens of risk management. I realized that talking about security from a purely technical perspective misses the big picture. Forbes >> 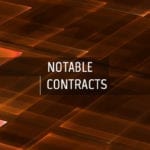 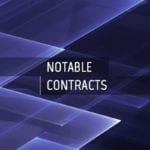