Topics in this issue include Iran exporting excess heavy water, charges brought in ‘white powder’ case in Saskatoon, an IED found outside the U.S. Embassy in the Philippines, and this year’s CWC Conference of State Parties.

A collection of approved statements from participating nations in the Conference of the States Parties which oversees the implementation of the Chemical Weapons Convention, promotes the treaty’s objectives and reviews compliance with the treaty. The annual CSP conference is being held this week (28 Nov – 2 Dec) in The Hague. OPCW >>

The first U.S. service member killed in Syria in the fight against ISIS was returned to the United States on Sunday evening in a dignified transfer at Delaware’s Dover Air Force Base. Navy Senior Chief Petty Officer Scott C. Dayton, 42, died near the city of Ayn Issa in northern Syria on Thursday after being injured in an improvised explosive device blast, military officials said. ABC News >>

Syria Slammed for Reported Use of Chemical Weapons

Member states of the world’s chemical weapons watchdog on Monday slammed Syria for using poison gas during its civil war and for repeatedly failing to fully explain the scope of its chemical weapons program. A joint investigation by the United Nations and the Organization for the Prohibition of Chemical Weapons has concluded that Syrian government forces were behind three attacks involving chlorine gas and the Islamic State extremist group was responsible for one involving mustard gas. Syria denies using chemicals as weapons. Star Tribune >>

ISIS Could Use Chemical Weapons in Europe, OCPW Warns

Isis militants fleeing from Syria as their so-called caliphate crumbles could potentially use chemical weapons when they return to their countries of origin, the OPCW has warned. “It seems that one of the dangers that we need to face and have a response for – since Isis has learnt how to make mustard gas – is that sadly one of the people who learnt how to do it comes back to one of our countries and helps carry out an attack like this,” Philippe Denier, director at the verification division of the OPCW told a defence conference in Paris on Wednesday. The Independent >>

Syria condemned “Western” countries on Monday for accusations that the government has used chemical weapons against civilian populations in the country’s five-year conflict, calling them a “campaign of lies,” and refuted the findings of the Joint Investigative Mechanism, saying that they were made on “the basis of inaccurate and unconvincing findings”. Newsweek >>

Chemical Incidents Impact in the Psychological Risks of Firefighters

Emergency responders that may be harmed by chemicals may also experience severe psychological stress following response to a chemical incident. A probable source of firefighters’ stress is related to the unclear nature of most chemical and biological substances and imperfect knowledge of the chemical hazardous materials’ effects, particularly while awaiting the results of diagnostic health tests post-exposure. International Journal of Scientific & Engineering Research >>

The last call of the shift was at 3am.  A man had run out of a burning house, still on fire himself.  When we got on scene, the only part of his body not horrifically burned were the soles of his feet.  After climbing a fence and muscling him back over, he was rushed to the local trauma center where he fought for an hour before succumbing to his injuries. James Geering – Behind the Shield >>

How to Slow Firefighter Cancer for $30

Today, we have proof of the correlation between the exposures during firefighting and the incident of cancer in firefighters. It doesn’t matter if you are a career, part-time or volunteer firefighter, you are being exposed to this hazard at every fire you attend. Among these are cancers of the brain, digestive tract, genitourinary tract, as well as the lympho-hermatopoietic and respiratory systems. Fire Chief >>

Delivery of Critical Healthcare Products and Personnel to Disaster Sites

Access to disaster sites is a common challenge that the healthcare supply chain contends with during emergencies. This report focuses on assessing the impact disrupted access to disaster sites has on patient care; analyzing current solutions being used across the country to address this challenge; and proposing recommendations for public and private stakeholders. Healthcare Ready >>

Toward a Sustainable Blood Supply in the United States

Experts are warning that the next few years could bring significant challenges for the US blood system, which is run by private blood centers and hospitals. A new analysis by the RAND Corporation finds that medical advances have reduced the demand for blood in the past decade, while prices have dropped due to competition between blood centers. At the same time, pathogens and a shrinking pool of donors could threaten the blood supply in some parts of the country. That’s left blood collection centers, which already make slim profit margins, struggling to adapt. RAND >>

Obama Expands War with Al Qaeda to Include Shabab in Somalia

The administration has decided to deem the Shabab, the Islamist militant group in Somalia, to be part of the armed conflict that Congress authorized against the perpetrators of the Sept. 11, 2001, terrorist attacks, according to senior American officials. The move is intended to shore up the legal basis for an intensifying campaign of airstrikes and other counterterrorism operations, carried out largely in support of African Union and Somali government forces. NY Times >>

The Islamic State claimed responsibility on Tuesday for the attack at Ohio State University, calling the student who drove his car into pedestrians and then slashed people with a butcher knife a “soldier” of the terrorist group. The attacker, identified as Abdul Razak Ali Artan, a Somali-born Ohio State student, was shot and killed by a police officer. NY Times >>

Specialist Paramedic: ‘It Could Be Anything, Anywhere’

Ambulance services are struggling to reach seriously ill and injured patients quickly enough after rising demand has left the system at breaking point, a BBC investigation has found. Patients with life-threatening conditions are meant to be reached in eight minutes, but only one of the UK’s 13 ambulance services is currently meeting its target. BBC >>

Bechtel Corporation and AECOM agreed last week agreed to pay $125 million to resolve allegations that the contractors violated the Federal False Claims Act by improperly billing the U.S. Department of Energy for materials and services from vendors that did not meet quality control requirements in relation to the contractors’ cleanup efforts at the Hanford Site near Richland, Washington. Wall Street Journal >>

A group of scientists from The University of Manchester, the National Nuclear Laboratory (NNL) and the UK’s synchrotron science facility, Diamond Light Source, has completed research into radioactively contaminated material to gain further understanding around the issue, crucial for the safe and more efficient completion of future decommissioning projects. Chem.info >>

The improvised explosive device was located inside a trash can around 25 meters from the embassy’s gate the morning of Nov 28. Members of the PNP bomb disposal unit detonated the bomb before noon. CNN >>

A message reading “Guns, bombs and YNA” inscribed on the wall of a bathroom stall at Yamada North America Inc. prompted an evacuation of the plant, according to officer Mike Shah with the South Charleston police department. Shah said no arrests were made Saturday morning in connection to the message, and added this is the third bomb threat the plant has received since June of this year. WHIO >>

Workers in a government lab in Anniston who unknowingly handled the deadly poison ricin did so without wearing respirator masks, something that experts say could have put their lives in great danger. It came to light two weeks ago that since 2011 workers at the Center for Domestic Preparedness, instead of using a non-toxic strain of the biological agent ricin, were using the deadly version, which has no antidote and was shipped to the lab by mistake. Anniston Star >>

Canada: Three Charged After Suspicious Envelopes Dropped Off Across Saskatoon

Three people are facing charges after several suspicious envelopes dropped off at numerous spots across Saskatoon prompted a large-scale emergency response Tuesday afternoon. Over 60 emergency workers responded, including Hazmat teams, a decontamination unit and environment ministry workers were all sent to the scenes. The substances found at four of the five locations have since been tested and identified as baking soda, according to both police and the fire department. The fifth substance was talcum powder. CTV News Saskatoon >>

Infectious disease outbreaks not only have the potential to destabilize societies, they pose a threat to international economies, as well. What should public health officials and businesses be doing to prepare? Physicians Thomas Frieden, the head of the Centers for Disease Control and Prevention, and Susan Desmond-Hellmann, chief executive of the Bill & Melinda Gates Foundation, sat down with the Wall Street Journal to discuss this issue. Kaiser Family Foundation >

Legislation to provide first responders with vaccines to protect against anthrax is on its way to President Barack Obama after clearing the U.S. House Tuesday. The First Responder Anthrax Preparedness Act, whose chief Democratic sponsors were Rep. Bill Pascrell Jr. (D-9th Dist.) and Sen. Cory Booker (D-N.J.), passed the Senate earlier in the month. NJ.com >>

Iran has started to send heavy water to Oman to comply with the terms of its international nuclear deal. It was the second time Tehran had surpassed the 130-metric-ton threshold for heavy water. A recent report from the IAEA said that Tehran had 100 kilograms (220 pounds) more heavy water in storage than the 130 metric tons limit set under the terms of its agreement. Heavy water can be used in the process to make atomic weapons. It is used to cool reactors that can produce substantial amounts of plutonium which can be applied to making the fissile core of nuclear warheads. DW >>

The United Nations Security Council imposed new sanctions on North Korea on Wednesday that aim to cut the Asian state’s annual export revenue by more than a quarter in response to Pyongyang’s fifth and largest nuclear test in September. Reuters >>

Extending U.S. sanctions on Iran for 10 years would breach the Iranian nuclear agreement, Iran Supreme Leader Ayatollah Khamenei said on Wednesday, warning that Tehran would retaliate if the sanctions are approved. The U.S. House of Representatives re-authorized last week the Iran Sanctions Act, or ISA, for 10 years. The law was first adopted in 1996 to punish investments in Iran’s energy industry and deter Iran’s pursuit of nuclear weapons. The Iran measure will expire at the end of 2016 if it is not renewed. The House bill must still be passed by the Senate and signed by President Barack Obama to become law. Reuters >>

In the middle of a vast exclusion zone in northern Ukraine, the world’s largest land-based moving structure has been slid over the Chernobyl nuclear disaster site to prevent deadly radiation spewing from the stricken reactor for the next 100 years. Reuters >>

Madmen With Nuclear Codes — An History of Unpredictable Foreign Policy

“I call it the madman theory, Bob,” Nixon aide Bob Haldeman recalled Nixon saying in his memoir The Ends of Power. “I want the North Vietnamese to believe I’ve reached the point where I might do anything to stop the war. We’ll just slip the word to them that, for God’s sake, you know, Nixon is obsessed about communism. We can’t restrain him when he’s angry — and he has his hand on the nuclear button.” War Is Boring >> 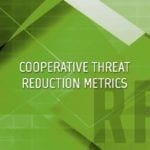