The Defense Threat Reduction Agency (DTRA) has awarded a three-year contract renewal worth $1.23 million for advanced development of a ToxTool system that characterizes potential chemical threats.

The ToxTool system is a computational assessment tool that can determine potential compound toxicity and guide the laboratory characterization of new chemical threat agents.

Under the contract Numerate will be extending the capabilities of and, in collaboration with CUBRC, validating and deploying Numerate’s ToxTool system, developed and validated with CUBRC under two previous contracts with DTRA (FA8075-14-C-0092 and SP00700-00D-3180).

ToxTool uses Numerate’s proprietary technology to build highly predictive and generalizable ligand based models of compound-target activity, as well as absorption, distribution, metabolism, and elimination (ADME) properties with small amounts of publicly available data. The current version of the tool contains over 6,600 mechanism-of-action based target models and around 1,600 surrogate models, used for protein targets without any publicly disclosed data.

The tool also incorporates cellular pathway information, allowing researchers to quickly understand the implications of a predicted target hit, and ADME models, further helping the researchers understand whether a prediction is going to be clinically relevant.

“These new developments will help to better inform and guide the researchers working to characterize new chemical threats and protect the warfighter,” noted Dr. Brandon Allgood, CTO at Numerate. “At the same time, these advancements will further improve our capabilities to develop new drugs that will have a much lower potential for off-target side effects in the clinic.”

During the first year of the renewal, the key advancement will be a more integrated ADME system using protein and RNA expression data to develop a protein map. Using this map and a number of newly developed ADME models, the tool will be able to qualify the clinical relevance of a target activity prediction. For example, if a compound is predicted to hit a CNS target, but the blood brain barrier model predicts that it won’t get into the CNS the threat level will be automatically downgraded. Previously, the system relied on the user’s understanding of biology for this determination.

Other improvements also included in this year are user adjustable threat levels and incorporation of automatic pKa adjustment. In the following years, the tool will be equipped with the ability to incorporate new data in to existing models as researchers collect it, enabling them to add classified data for deployments. It will also include models of more routes of exposure. 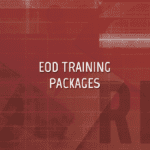 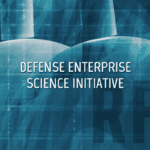